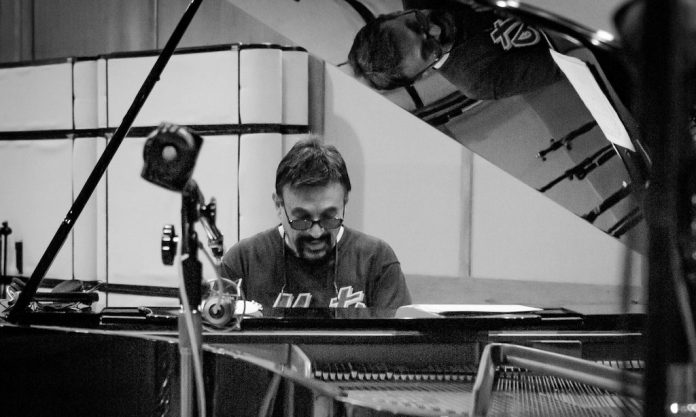 Like many other jazz musicians whose wider fame rests on their association with others, Mike Longo, who has died in New York aged 81 after contracting Covid-19, had a voluminous back story. Pianist, composer, arranger and educator, Longo was associated with the Dizzy Gillespie band for 20 years but he had a long career as a musician on his own account. He died 22 March at Mount Sinai Hospital, having suffered chronic medical conditions, but as late as three years ago was leading a piano trio under his own name, the New York State of the Art Ensemble, and the six-piece Mike Longo Funk Band.

Born in Cincinatti, he heard jazz at an early age. His parents, both amateur musicians, enrolled him at the Cincinnati Conservatory before the family moved to Fort Lauderdale, in Florida. He won a musical-talent competition and soon came into contact with Cannonball Adderley, then the plain and unknown Julian Edwin Adderley. He’d discovered the music of Charlie Parker and Gillespie on the radio. Adderley ended up in the band run by Longo’s bass-player father, as did Longo himself. Adderley’s precocity had already seen him become director of band music at Fort Lauderdale’s Dillard High School. They were interesting times: the Longo band played a shopping-centre gig and when Adderley stepped on to the bandstand a hush came over the audience, which had never seen a mixed-race band before.

He was keen to stress jazz’s African roots in polyrhythms, and how that element was eluding many younger jazz musicians – especially European ones

Adderley soon hired Longo for jazz and R&B gigs in Florida before the pianist graduated in music from the Western Kentucky University. After that his career was on its way. He played and toured in a band called Salt City Six, afterwards becoming house pianist at New York’s Metropole Café. The move to New York was propitious: he was soon playing alongside Henry “Red” Allen, Coleman Hawkins, Gene Krupa, and other luminaries. Still in his early 20s, he studied for six months with Oscar Peterson, whose style influenced his playing. That was at the Advanced School of Contemporary Music in Toronto.

Five years later Longo’s trio with bassist Paul Chambers and drummer Chuck Lamkin was the house band at New York’s The Embers West, accompanying among others Roy Eldridge, Frank Foster and Clark Terry. It was there that Gillespie first encountered him. From then until 1975, Longo was Gillespie’s MD. Longo was the Gillespie All-Star Band pianist and was with the trumpeter the night he died in January 1993.

Longo, who’s well represented on recordings, was suspicious of the modern view that any improvised music could be jazz. In an interview with the writer Bea S. Richardson, he said “To me, free jazz is what makes the people feel free, not makes the players feel free. That’s why … there’s got to be a contemporary equivalent. Jazz uplifts the human spirit in that way”. It was a message he was to impart as a well-regarded educator. He was keen to stress jazz’s African roots in polyrhythms, and how that element was eluding many younger jazz musicians – especially European ones.

Barry Witherden - 06 July 2020
The lapel-grabbing opening track exemplifies the mix of elements that constitute Glass Museum’s approach, which embraces electronica, minimalism, “world music” and rock as well as jazz. On that title...