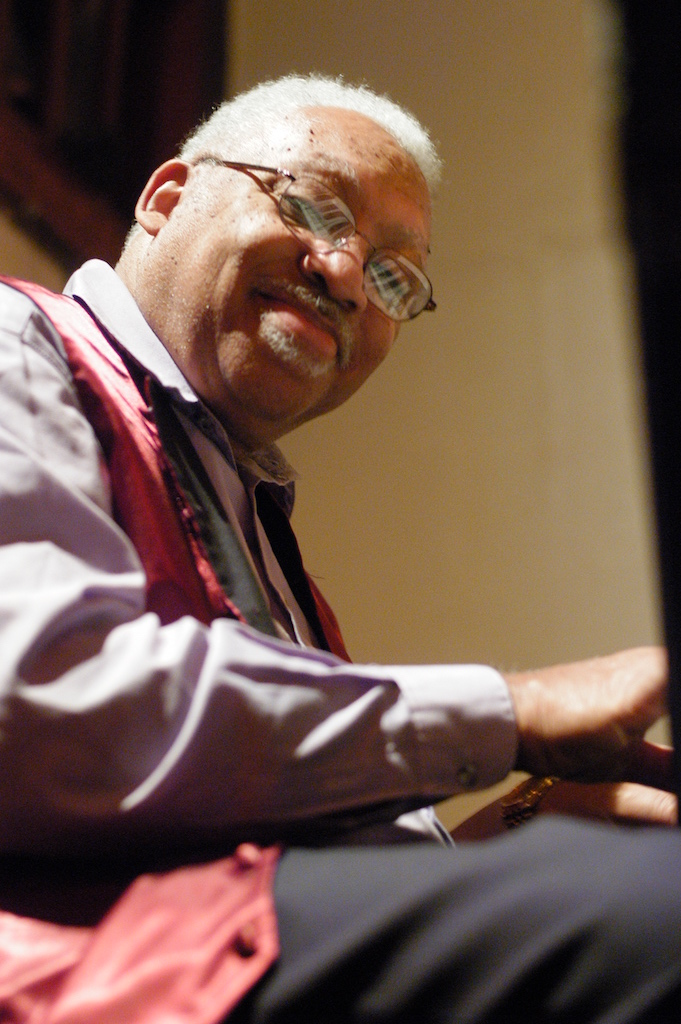 Born in New Orleans on 14 November 1934, Ellis Louis Marsalis, pianist and jazz educator, died from complications of Covid-19 in his home town on 1 April 2020. His father, Ellis Marsalis Sr., who died in 2004, owned the segregated Marsalis Hotel (whose guests included Ray Charles, Adam Clayton Powell, Jr., and Thurgood Marshall) and was active in the civil rights movement. Marsalis, an accomplished pianist who eschewed the New Orleans “traditional” style, began as a tenor saxophonist, but after switching to piano played with such modernists as the Adderley brothers, Ornette Coleman and drummer Ed Blackwell, as well as trumpeter Al Hirt. He gained a bachelor’s degree in music from Dillard University and after military service, an MA in music education from Loyola University. He later taught at Virginia Commonwealth University, and the University of New Orleans – where he spent 12 years as director of its jazz studies programme. Among his pupils were Harry Connick, Jr., Nicholas Payton and Terence Blanchard.

Although he performed locally from the 1950s with Ed Blackwell and clarinettist Alvin Batiste, appearing weekly at Snug Harbor, one of New Orleans’s most prestigious jazz spots, Ellis ironically achieved international recognition as the founding father of a jazz dynasty with the emergence of his sons – trumpeter Wynton and tenor saxophonist Branford – later joined by trombonist Delfeayo and drummer Jason. On August 2001, to mark the occasion of Ellis’s retirement from the music faculty at the University of New Orleans, they recorded a live performance (The Marsalis Family: A Jazz Celebration, which included a sprightly bop-inflected version of The Surrey With The Fringe On Top, by the celebrant. In 1979, Ellis had appeared at Carnegie Tavern in New York, and critic John S. Wilson observed: “Unlike the widely accepted image of jazz musicians from New Orleans, Mr. Marsalis is not a traditionalist” but was rather “an eclectic performer with a light and graceful touch [and] an exploratory turn of mind”. His well-received latter-day albums include Father And Sons (with Wynton and Branford (1982), Duke In Blue (1998), Ruminations In New York (2005), An Open Letter To Thelonious (2008) and a solo album, On The First Occasion (2014).

During his lifetime Ellis’s musician sons paid fulsome tributes to their father. In 2004 Wynton remembered ”My father never put pressure on me. He’s too cool for that kind of stuff”. On his talents as a teacher, Branford observed that “Learning has always been more important to my dad than the sense of established order. His quest with students was all about taking them to a better place intellectually, not teaching them to know their place”. And their father returned the compliments: “I do have a lot of pride in my sons. They were able to make music work as a profession by playing what they chose to play”. Immediately after his father’s death, Branford quoted from a text he’d received from David Wilkins, a Harvard Law professor: “We can all marvel at the sheer audacity of a man who believed he could teach his black boys to be excellent in a world that denied that very possibility, and then watch them go on to redefine what excellence means for all time”.

Fittingly, the Mayor of New Orleans, LaToya Cantrell, issued this statement: “Ellis Marsalis was a legend. He was the prototype of what we mean when we talk about New Orleans jazz. He was a teacher, a father, and an icon – and words aren’t sufficient to describe the art, the joy and the wonder he showed the world”.

In addition to his jazz playing sons, Ellis is survived by two non-musician sons, Mboya and Ellis III, a sister, Yvette, and 13 grandchildren. His wife of 58 years, Dolores Marsalis, died in 2017.

Matthew Wright - 04 June 2020
Taylor is a vocalist and actor, based in the Bay Area of San Francisco before moving to Washington D.C. a few years ago, and this, his debut album, shows...