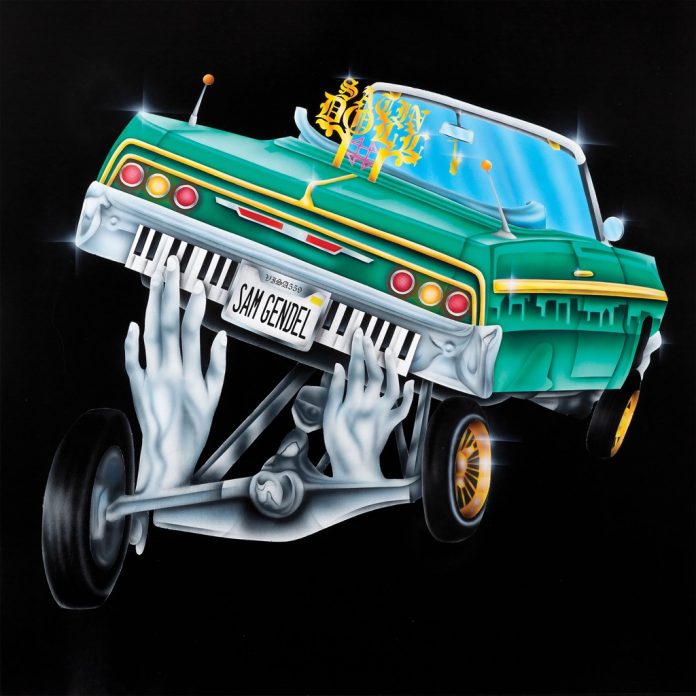 Young Californian multi-instrumentalist Sam Gendel has been associated with a diverse range of artists including Ry Cooder, Moses Sumney and Vampire Weekend as both producer and sideman. But his USP is his main instrument, the saxofone – or electronic saxophone – brought to the fore on this ear-opening treatment of 10 jazz standards and four original numbers.

It’s a strange and sometimes (deliberately) sterile sound environment. The pieces have a machine-like linear progression, the trio scraping, whirring and bleeping over a light industrial background. Most of the familiar themes are recognisably there, albeit warped out of shape or flattened – it’s oddly engaging, but swing it does not.

Goodbye Pork Pie Hat has all the weary resignation of the Mingus original but is enhanced by production-line percussion from Melanson behind Gendel’s quivering electronic horn. A gauzy vocal top line adds to its ghostly dimension.

Stardust is the stuff of Hoagy Carmichael’s nightmares, the familiar tune made precarious in Gendel’s digital image.

His own “tune”, The Theem, has an ethnic-oriental sounding hook. Disjointed, discombobulating and grating with voices off, the effect is of a tape running backwards.

But this is authentic improvised music that was made in the moment and recorded “live” over two and a half days. Imagine the musical equivalent of a J G Ballard novel if you will. Or a technological 21st century update on something from the Residents’ Ralph Records imprint.

A new, abstract take on West Coast cool maybe, Gendel’s music is hard to warm to but it definitely rewards repeated listening.

Bruce Lindsay - 29 April 2019
The prodigiously talented Julian Lage makes intriguing and affecting music, alone or with others. On Love Hurts he’s in a trio setting alongside bassist Jorge Roeder and Bad Plus...