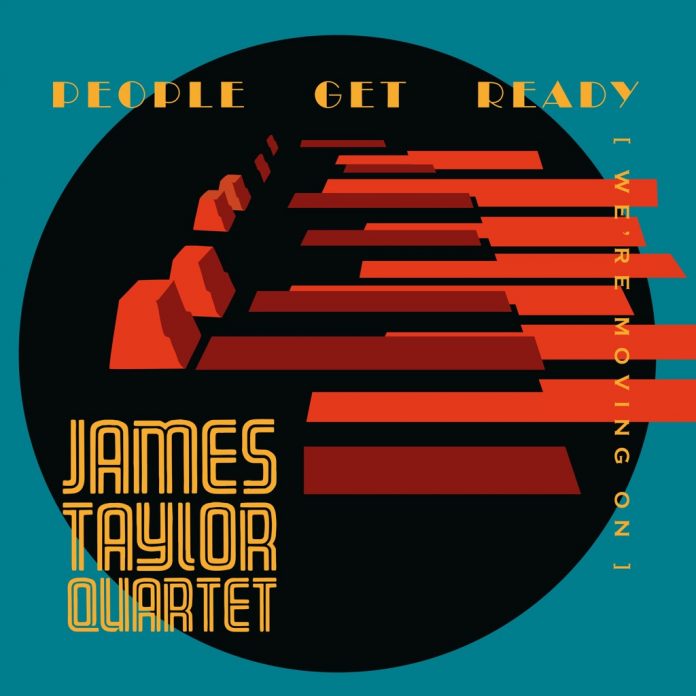 James Taylor operates on the basis that if it ain’t broke don’t fix it. For the last 30 years or so the keys player and his party-time quartet has been filling club dance floors with a reliably groovy mix of acid jazz that’s cut with soul and funk music.

Not that he’s standing still (as this album’s subtitle, We’re Moving On, suggests). Over the last few years Taylor has taught himself how to arrange music for small and then large ensembles. This welcome addition to his skillset has allowed him to extend his studio sound to include silky Philly soul.

OK, much of the hooky, original material on this new album is derivative of the best that disco could offer in the 70s – but hey, that’s the point. Taylor isn’t in the abstract art business: his music goes straight to the feet and it stays there.

You know where you are from the opening, string-laden bars of A Giant Leap. The retro number rises up like a hybrid of the mighty Love Unlimited Orchestra and 80s alt-funksters Was Not Was. Under Taylor’s orchestration the strings make a plush platform for a line-up that also features horns and flute in parts.

Things only get funkier with Who’s Gonna Break The News, a wonderfully inane celebration of blowing the whistle on a dirty scheming love rat that features Ronnie Scott’s Sunday soul siren Natalie Williams on vocals. It’s a banging tune that would have provoked bump dancing back in the day.

Anyone that’s followed JTQ from the beginning will be pleased to hear British soul star vocalist Noel McKoy also guests on two numbers and time has only improved his sweet timbre.

By the time the title track rolled around (“Everybody feel the heat, clap your hands and stamp your feet – we’re moving on…”), I was searching eBay for a pair of white, high-waisted trousers with matching waistcoat. File under guilty pleasure.

John White - 07 July 2019
The young and comparatively unknown Ahmad Jamal’s “live” recordings at the Pershing Lounge at the Pershing Hotel on Chicago’s South Side, and the Spotlight Club in Washington, DC marked...