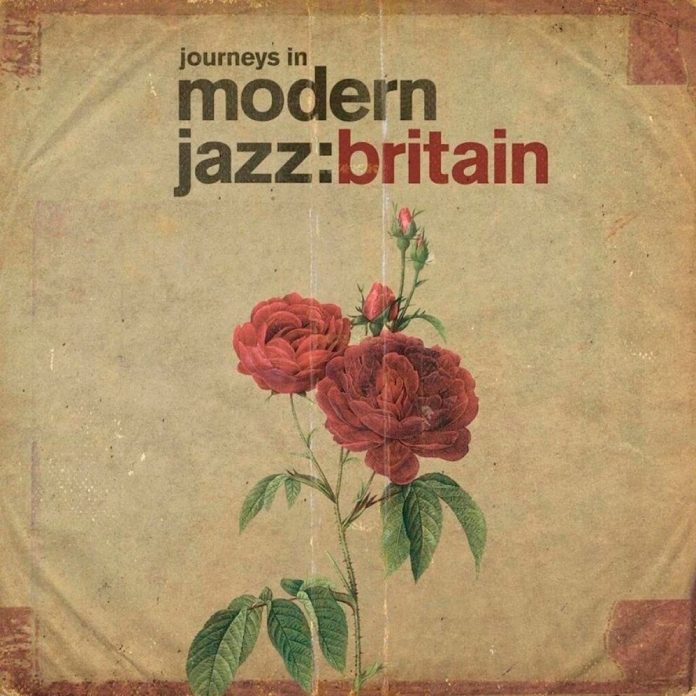 This comprehensive overview of modern jazz in Britain between 1965 and 1972 is the beginning of an ongoing series of albums by the combos and orchestras represented here. First up on this two-LP set is Don The Dreamer by Kenny Wheeler with the Dankworth Orchestra of 1969.

This big band is a shouting outfit of contemporary sounds with some intricate solos on offer from the likes of trumpeter Henry Lowther, tenor man Tony Coe and Les Condon on trumpet. The ensembles are tight and played with impressive precision and although Wheeler is listed as leader and composer, arranger he does not play. It comes from the LP Windmill Tilter (The Story Of Don Quixote). Alf Reece or Dick Hart provide a deep bass line on tubas although some sections rely on Dave Holland’s double bass.

A Matter Of Time is by a very contemporary sounding Don Rendell Quintet that has solos from the leader and Peter Shade on vibes. The Colin Bates Trio follow with a hard-swinging track called Brew from 1968. This LP side concludes with a lively offering from John Warren and John Surman which does have Kenny Wheeler playing in the ranks. It has strong solo work from Warren on baritone and Surman on soprano sax.

Side two of LP1 offers lively snippets of free solos from Ian Carr, Joe Harriott and Tony Coe against a piano vamp from leader Michael Garrick. Second Coming is mainly in the contemporary style of the day, British variety. John Surman’s soprano sax is the main featured solo on Waltz (For Joanna) by the big Mike Westbrook Concert Band. Matinee Days is by the Stan Tracey Big Band and is notable for percussive piano lines from the leader, Tony Coe’s stark tenor sax and Frank Ricotti’s vibes. Surman turns up again, this time on baritone sax on trumpeter Harry Beckett’s Third Road.

The third side has Don Rendell venturing into free-style solo work along with Ian Carr’s trumpet on Neil Ardley’s Greek Variations. Louis Armstrong once famously described modern jazz as Chinese music. I wonder what he would have made of this Greek variation. The New Jazz Orchestra features Ricotti once again on vibes and marimba, and Dave Gelly is busy playing tenor sax, clarinet and bass clarinet. This big orchestra gets a very full sound and is well disciplined. The Alan Skidmore Quintet mixed bop and free with charging but smooth-sounding solos from the leader and Kenny Wheeler on flugelhorn. Wheeler’s freewheeling solo is comprehensive, intense and ultimately completely logical.

Side four blasts off with a charging bossa line from Harry South, featuring Dick Morrissey’s turbulent tenor sax and pulsating rhythm from South on piano, Phil Bates, bass and Phil Seamen on drums. This track is the most conventional outing on offer in the set with Morrissey’s invention never failing and driven hard by the rhythm section. Mike Taylor’s Quartet tackles To Segovia with Dave Tomlin’s pinched, spiralling soprano saxophone out front.

The Michael Gibbs Orchestra winds things up with a big orchestra featuring tuba and Chris Spedding’s Hendrix-inspired guitar solo. Titled Some Echoes, Some Shadows it certainly echoes sounds from the past but predominant are the contemporary sounds of the day and the jazz-rock guitar expeditions. Again, a clean, precision ensemble sound is heard.

What comes across most forcibly in this cross-section of tracks is the originality of the various large orchestras and combos. Bop to free in style it was nevertheless a very British and unique venture into the future from all concerned. Only the Hendrix-inspired guitar on Some Shadows, Some Echoes appears to look to the USA.

Leon Nock - 17 December 2019
In Hadleigh, Suffolk, native son and drummer George Double is something of a grande fromage. He engaged with saxman Art Themen and organist Pete Whittaker in a three-way email...