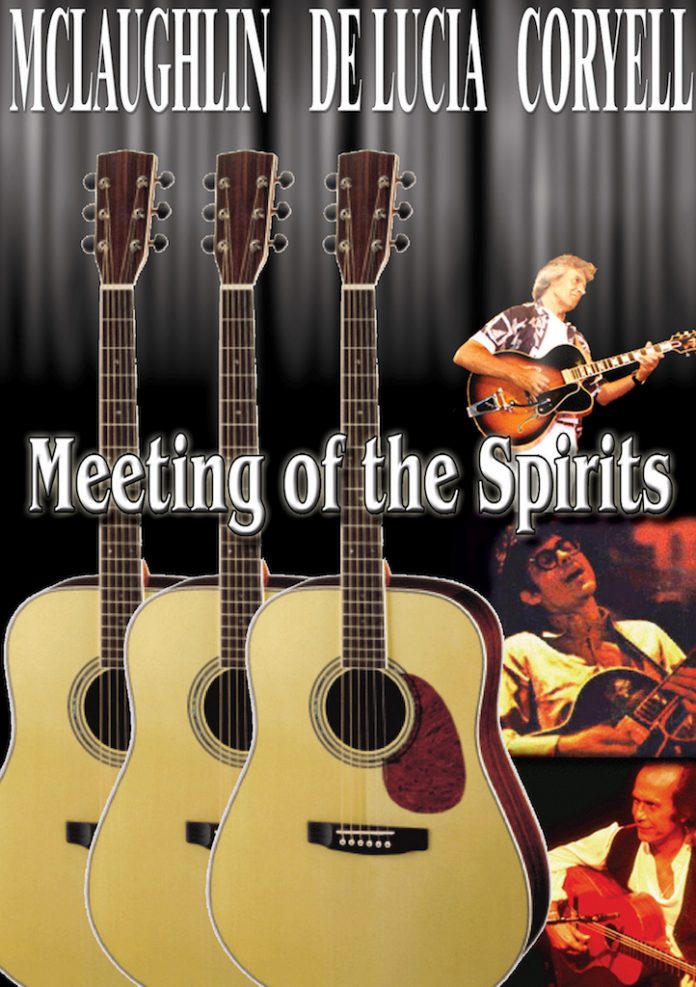 A guitar summit, held in the Royal Albert Hall in 1979, Meeting Of The Spirits brings together three musicians with a collective background in jazz, rock, fusion, Brazilian, classical and flamenco, and puts the musical emphasis in no particular one of those dimensions.

The title track, familiar to Mahavishnu Orchestra fans in the audience (and one senses they represented something of a plurality), is spun out to nearly 25 minutes of smilingly competitive virtuosity. It immediately follows the more amiable Morning Of The Carnival by Luiz Bonfá and Antônio Maria, and before that, two duos featuring McLaughlin, who’s clearly the star and curatorial centrepiece, with each of his partners. Brief as they, are, they suggest that the chemistry might have worked better with more variation of the personnel and perhaps some solo spots.

Technically, all three are absolute masters. De Lucia is unswervingly devoted to flamenco, but understands where it can co-exist and communicate with jazz and other vernaculars. McLaughlin, who’s perhaps the most complete improviser these shores have ever produced, seems intent on crunching together every genre he has a stake in, and showing off his command of each. Coryell, who is, I think, playing his Lo Prinzi guitar, takes more of a background part. At this point in his career, he had broken out of Hendrix-inspired rock fusion and was exploring other genres, but not yet bebop and it’s interesting to hear him adapt licks from his Eleventh House project, and from some of the early Vanguard albums. It’s sad to think that he was unwell due to drug use at the time of the Albert concert and would shortly be replaced in the Guitar Trio by Al Di Meola.

I scanned the end reel for hairdressing credits. McLaughlin and De Lucia look as if conditioner, if not lacquer, have been applied in copious amounts. Coryell is still favouring an out-of-control barnet and outsize glasses; he was maybe otherwise engaged when the stylist came round. That I should have noticed this at all is testimony to the longueurs of the DVD. There’s no fancy camera work or establishing shots, apart from a verité style rehearsal snippet at the start, which suggests how difficult it must have been to fit three such techniques together on a live stage.

The dullness is the dullness that can come with seeing something done supremely well, like endless one-four-sevens in snooker, or 180s in darts. Maybe this is a “jazz” thought, but you look for a few stumbles and bashful grins along the way. As it stands, as both a visual and aural experience, it’s a tiny bit smug and not something you’re likely to watch over and over, except perhaps to try out some of those high-note flurries for yourself.