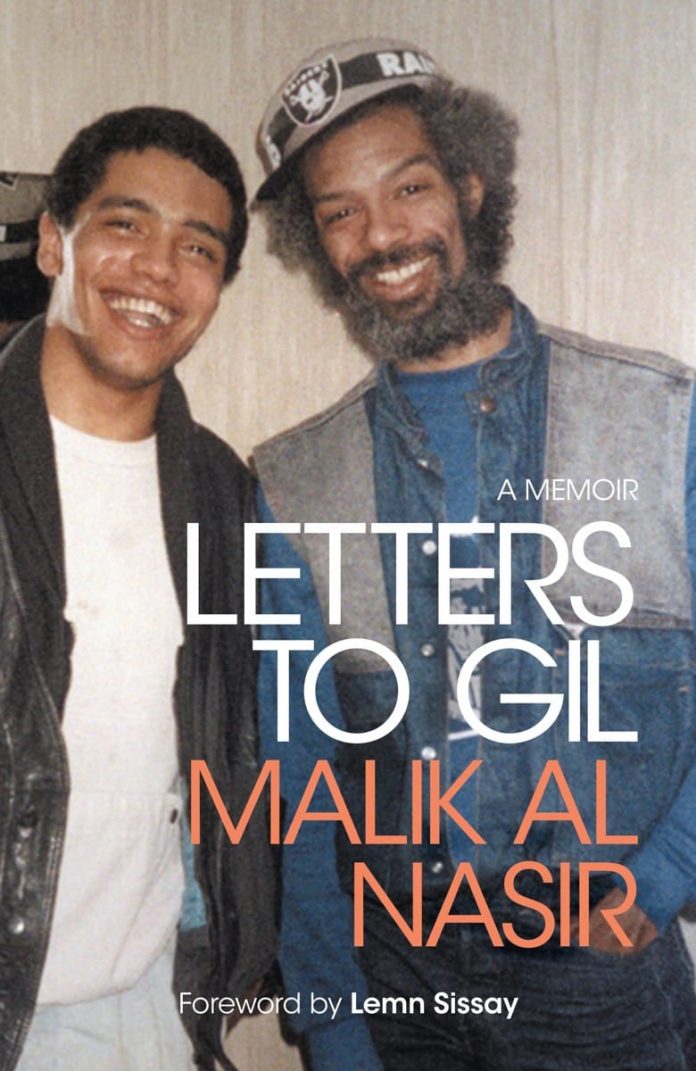 This powerful, painful, uplifting memoir is the story of two men brought together by a third. The first man is the author, Malik Al Nasir, a writer, performance poet and filmmaker who is currently studying for a PhD in history at Cambridge University and who has traced his roots back through slavery.

The second man is a Liverpool lad, Mark Watson, born in Toxteth in 1966, separated from his family at nine and put through the brutal local care system, emerging semi-literate and penniless at 18 with no idea of what to do with his life.

The third man Mark met in a chance encounter at Liverpool’s Royal Court Theatre in 1984 – a man who changed his life around and turned Mark the scared and scarred young lad into the rounded adult that is Malik Al Nasir today. That man was Gil Scott-Heron, the American soul and jazz poet. This memoir tells the remarkable story of how that musical encounter changed a life.

Mark was obviously very bright, with an IQ of 124, able to turn his hand successful to any job he undertook: roadie and manager for Gil, selling advertising space, working as a chef on oil tankers, making a career as a record producer and in music management, even acting as a one-off tour guide around London for Miles Davis’s band.

But his traumatic upbringing hindered him and, rootless, he moved from job to job. But once he had got to grips with his dyslexia and dyspraxia, he began to read, and read deeply, understanding for the first time in his life what it means to be a black man in a racist society. And helping him along the road at every stage was Gil, ready to offer advice on life and poetry and choices, turning into good effect the wise words of his own grandmother: “If you could help someone, why wouldn’t you?” That chance encounter in Liverpool, when Mark’s photographer friend got him a backstage pass into the concert Gil was about to give, opened up a new door that only closed at Gil’s death in 2011.

There is also a fourth man in this story, Jalal Nuriddin Mansur, one of the Lost Poets, whom Mark befriended, helped get his recording career back on track and who, in return, steered Mark towards Islam and a new life.

This is a story of redemption and friendships, of education – Malik finally got a degree from Liverpool Hope University – and victory after a bruising court case with Liverpool City Council concerning the abuse he suffered in care. It has a happy ending, for Gil’s wish that Mark “be successful” came to fruition. As Malik remarks at the end: “Thank you, Gil for saving my life.”

Ruth Price: My Name Is Ruth Price… I Sing! / The Party’s Over

Bruce Crowther - 25 February 2021
Although very young and relatively inexperienced in the early and mid-1950s, Ruth Price made an instant impression on those who heard her in those years. She sang often for...