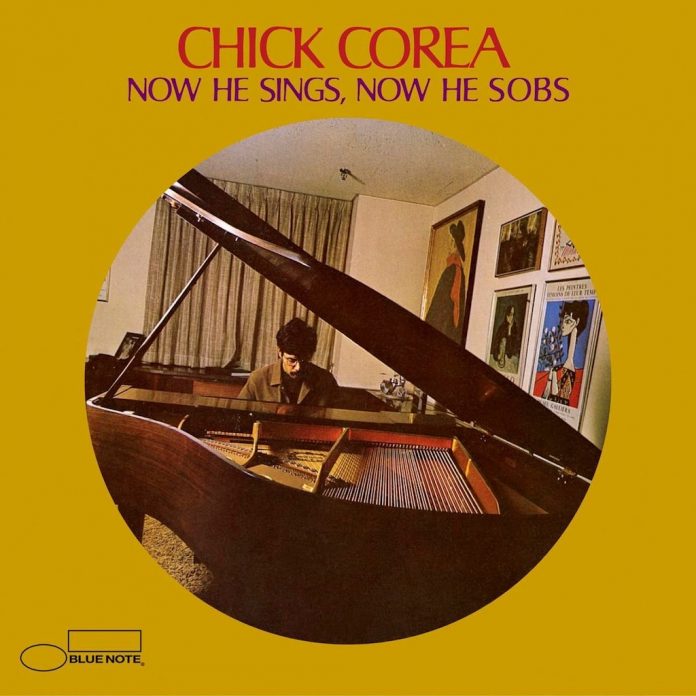 This is the best piano album I’ve heard in some time. Corea was unknown to me until his tour here on the last-but-one Getz visit and Getz’s ‘Sweet Rain’ album. At the time it was obvious that Corea’s forward-looking ideas were having a literally profound effect on Getz and, whether he sponsored it or not, Corea was certainly on hand when Getz’s playing took one of its rare but momentous changes in direction.

With this LP the strength of Corea’s personality is confirmed, and he crowds invention into these tracks with such pressure that the album will take some time to absorb. His combination of dexterity, imagination and elan are so potent that one doesn’t notice that the first track lasts for 14 minutes.

Steps is a fluent up-tempo piece which demonstrates a fully matured style in all its aspects. Apart from his own prominent playing in solo, listen to the brilliant way in which he accompanies the bass solo, managing to keep his own ideas flowing without interfering with the fine bassist.

Matrix is a slightly faster 12-bar, also recorded by Corea with Harold Land and Bobby Hutcherson on the latter’s ‘Total Eclipse’ album. The theme is a good one, and the genuine interplay between the three musicians is extravagantly good from a formula which normally reduces the sidemen to inconstructive comping.

The only slow track on the album is the last one, which plays for only two and a half minutes. The other tracks are all long and speed along with brilliant Tatum-esque runs; which, pyrotechnical as they are, never meander for a moment from the path of jazz and there is no showing off or idle decoration involved.

The sleeve gives no information whatsoever and it is infuriating not to be able to identify the excellent bassist and drummer.
Steve Voce

Hugh Rainey - 16 October 2019
Star vocalist, arranger, composer, drummer, pianist and film actor, Tormé was nothing if not highly talented and versatile. An on-stage vocalist at four, and actor in radio shows at...

OK Aurora: Only In Autumn