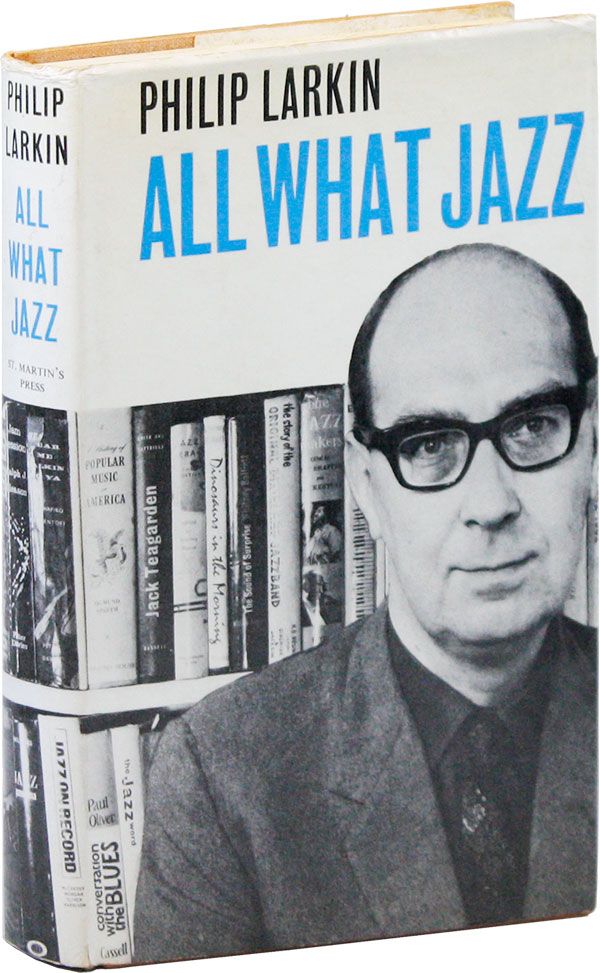 This is a collection of pieces which Philip Larkin wrote for the Daily Telegraph over a period of years. His introduction contains an account of his addiction to jazz, and the statement of his theory that all modern art (including ‘Parker, Pound and Picasso’), owes the unpleasantness he finds in it to, among other things, an excessive concern for his material on the part of the artist, and that its audience can only be motivated by a sense of duty rather than a desire for pleasure.

This view (with which I disagree, by the way), would have made an interesting article of the average Jazz Journal length if expanded to include a few examples, but it’s no excuse for reprinting this mountain of record reviews, through which, Mr. Larkin assures us, the thread of his theory runs.

In writing a regular column dealing with the record releases of an entire month, Mr. Larkin was inevitably pushed for space; very occasionally he’s able to devote as much as two pages to a subject (see the piece on Pee Wee Russell, pages 120 ff), but the majority of his critical assessments have little value beyond their func­tion as brief record-buyer’s guides to what was available at the time of writing. A lot of the records have since been deleted, so even this aspect of their usefulness has been stripped from the reviews. The book isn’t even a sig­nificant addition to Philip Larkin’s literary out­put, since any displays of individuality occur in direct proportion to the amount of space devoted to a particular subject.

The production of the book is as superlative as you’d expect from Faber: it would look good on your shelves, but I doubt if you’d want to take it down very often.
Ron Brown

Gordon Jack - 21 June 2019
These early titles find Stan Getz inspired by some of the finest examples of the songbook repertoire without a single reference to that old jazz standby – the blues....