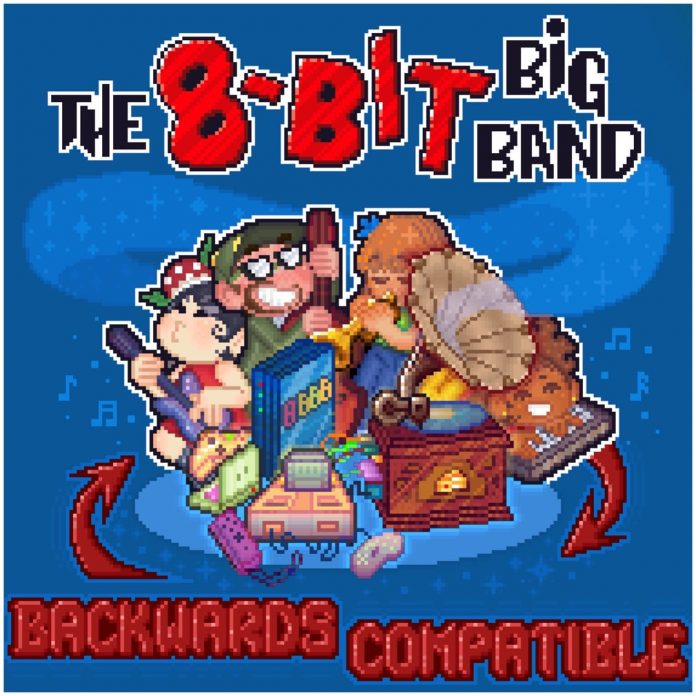 Charlie Rosen’s 8-Bit Big Band explores what the press-release calls “The Great Video Game Songbook” on this, their third release. The ensemble is essentially a jazz/pops orchestra featuring over 70 of New York’s finest interpreting what is apparently “Some of the world’s most popular video game music … melodies that are instantly recognisable to anyone who has ever traversed through immersive game worlds.”

Being an old fuddy-duddy I am afraid this is a world that has completely passed me by. That said there is much to enjoy, since this huge ensemble generates the same high-powered energy found in the recordings of Gordon Goodwin’s exciting Big Phat Band.

Backwards Compatible is not only a tour-de-force of brilliant ensemble playing but also a vehicle for some outstanding solo performances. Sam Dillon’s tenor has all the swagger of a latter-day Michael Brecker on Gourmet Race. Hydrocity Zone with its sanctified gospel-feel features a raunchy alto solo from Grace Kelly worthy of a Richie Cole. Vocalist Benny Benack establishes a laid-back Sinatra groove on Want You Gone, a chart that might have come from the pen of Nelson Riddle. Benack is a double-threat because he also contributes a fine trumpet solo here.

The inimitable Leo Pellegrino is centre-stage on Super Mario Land Underground. He will be remembered for his outstanding appearance at the 2017 London Proms when he shocked and intrigued the audience with his performance of Mingus’s Moanin’. Here he roars over a two-chord vamp displaying his signature command of multiphonics as well as an amazing control of altissimo on the baritone. Lost In Thoughts All Alone is an attractive ballad featuring the vocal group Accent whose harmonies here recall both the Hi-Los and the Mel-Tones.

Hats off to Charlie Rosen and his amazing ensemble for creating this stimulating testament to the enduring big band genre from such unlikely material.

Jazz Journal - 29 July 2021
The band appeared at the Notre Dame Hall in May and turned out to be a 26-piece oufit, boasting French-horns, a tuba and Tristan Fry, 'Stockhausen's favourite percussionist', to...