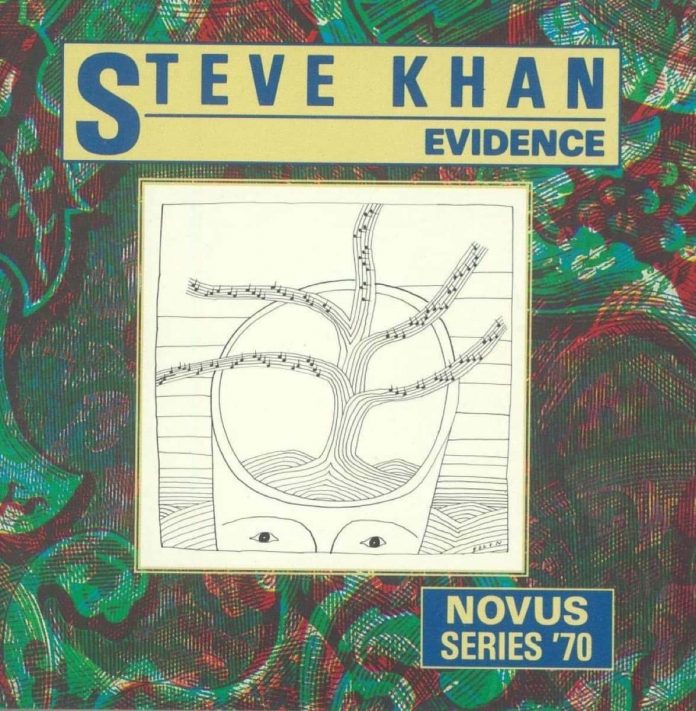 Thirty years ago Mark Gilbert compared Khan's incisive 1980 solo tribute to his inspirations with the latest from his Eyewitness trio. First published in Jazz Journal 1990

Son of lyricist Sammy Cahn, Steve Khan established himself in the mid-seventies as a busy New York session player. He was a sideman in early editions of the Brecker Brothers band before leading a series of aggressive CBS dates in the late seventies, and contributing some sparkling fills to Steely Dan’s Gaucho in the same year as the earlier record­ing of this pair. Latterly, he has concentrated his energy on lead­ing his quartet Eyewitness, as well as making a brief appear­ance in Joe Zawinul’s Weather Update in the mid-eighties.

Evidence, a reissue in the BMG’s useful Novus Series ’70 series, finds Khan paying warm and lyrical tribute to his first in­spirations – all of them modern mainstream jazzmen. The album is dominated by either solo – as in the quirky Monk medley – or overdubbed guitar. Khan’s sound, created on flat-top guitars and electric guitars using round-wound strings and chorus effects, is a far cry from the dry, woody sound of his first model, Wes Montgomery, and while he hardly uses a Wes-like vocabu­lary, he clearly knows his bebop. Evidence is a reminder of a Khan whose style seemed to alter radi­cally in a matter of months.

The Eyewitness quartet made its record debut in 1981 and took Khan in quite a different direc­tion. The new band specialised in atmospheric, low-key, modal grooves over gentle Latin rhythms, with only a modicum of harmonic or thematic develop­ment and vague extemporisa­tions which might have been mis­taken for an accompanist’s fills. Little has altered since then; Anthony Jackson, the indi­vidualistic bassist who brought such motion to a number of late Steely Dan tracks remains, and the substitution of Dave Weckl for Steve Jordan has effected no significant changes.

Perhaps the highlight here is the quartet ren­dition of Cahn Snr’s Dedicated To You lyric; certainly it provides a welcome peak in an otherwise fe­atureless landscape. However, even here Khan seems to lack the firm, forthright touch and creative spark which ignited his best early work. For that, we must turn to Evidence, which, even at half the length of Public Access, would offer more than double the value.

Uri Gincel’s ruminative opening piano flurries on Begin Again give no clue as to his subsequent fleet-footed soloing later in the piece underpinned by...

Rebecca Hennessy: All The Little Things You Do

Mark Baxter, the writer and producer of the Tubby Hayes documentary, A Man In A Hurry, is the driving force behind Tubby Hayes –...