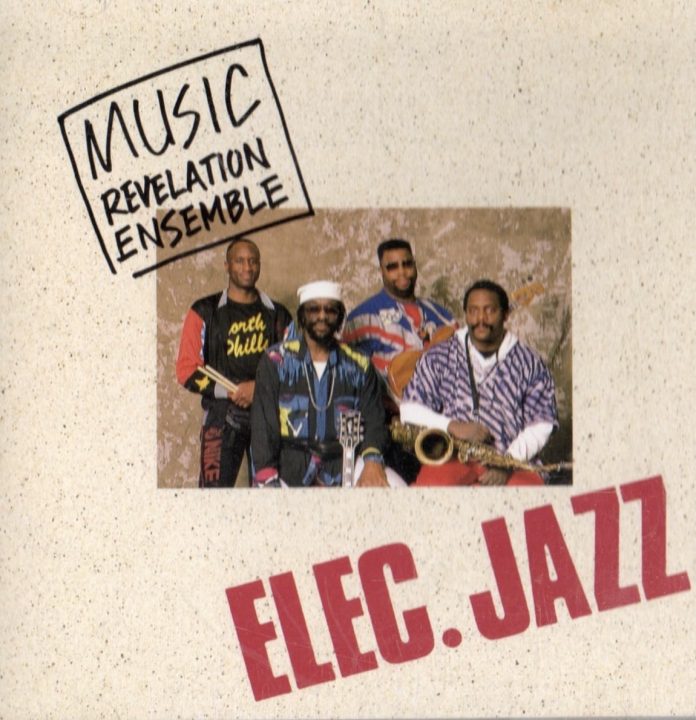 The MRE seems to be Ulmer’s band. All the compositions here are his, and Ulmer followers will feel at home with the snapping backbeats and slapped and pul­led bass of Exit, the folky Ornette-inspired themes of Big Top and Taps Dance (succeeded by solos which pay little or no attention to the character of the head), the harmonically open swinging of Inter City and the moody minor blues atmosphere of No More.

They’ll instantly recognise Ulmer the soloist too; his muttering guitar is lightly touched by a wah-wah effect, and his rambling lines as ever provide little evidence of any substance in Ornette’s harmolodic ‘method’.

Murray is the more demanding soloist, and on Big Top Part 2 produces some nicely measured and relatively restrained tenor playing. On Taps Dance and his stab at Exit he is more purely expressive, his solos dominated by high-register squealing. It’s at moments like these that Elec. Jazz becomes something other than a pleasantly funky background.

Nigel Jarrett - 26 August 2021
Belgian guitarist Fapy Lafertin's latest album is another attempt to pull so-called “gypsy jazz” into the commercial mainstream.The term itself is a lazy way of summarising and popularising an...