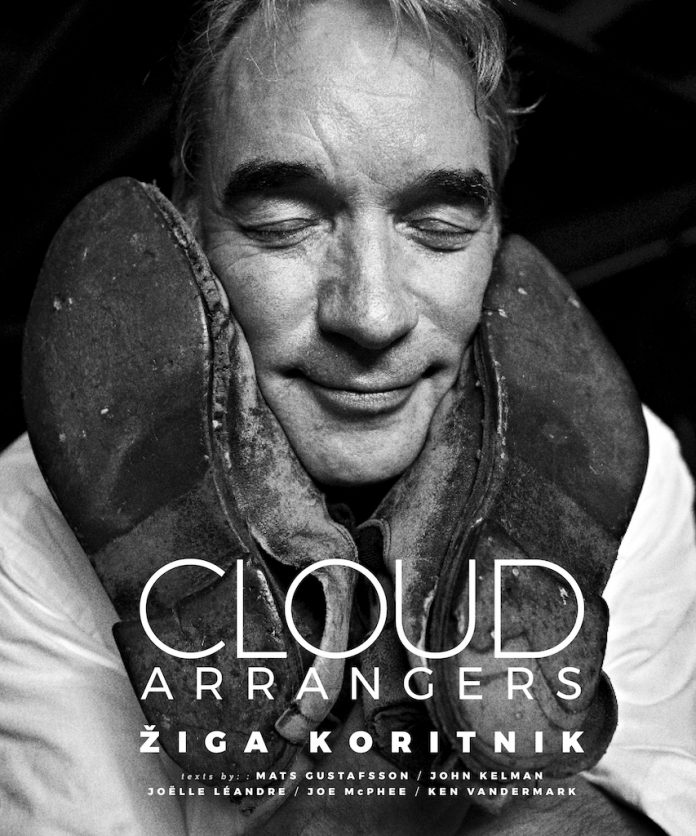 Ziga Koritnik is a Slovenian photographer living in Llubljana. For several years he was a cameraman with Slovenia’s national television station.

His interest in photographing the jazz scene began in 1986 when he went to see Miles Davis at Belgrade Jazz Festival. Since then he’s documented the Llubljana Jazz Festival and others in Slovenia on a regular basis and has been resident photographer at Skopje Jazz Festival in Macedonia since the 90s.

Over the years Koritnik has photographed at jazz festivals in Croatia, Serbia, Poland, Austria and other European countries. This book is a compilation of his work from all these places and from performances in Tangier, Penang, New York and Montreal. It’s an interesting and idiosyncratic collection. Publication was financed through a crowdfunding campaign.

However, the scope of the collection is wide-ranging with images of Ray Charles, BB King, Buddy Guy, Hugh Masekela, Sonny Rollins, Dizzy Gillespie, Ahmad Jamal, Pharaoh Sanders, Charles Lloyd, Chick Corea, Dianne Reeves and Wadado Leo Smith amongst many others. There are numerous photos of eastern European musicians that I am unfamiliar with.

All the photographs are black and white apart from two in colour and are either full page or in double page spread. Those catching my eye include a startling, wild-haired image of Joachim Kühn at the piano; a striking shot of Avishai Cohen in action with his double bass; a surreal image of Hungry March Band with a woman shouting through an oversized megaphone; an arresting group portrait of “Punkt v Plastik” with Kaja Draksler, Petter Eldh and Christian Lillinger; Aki Takase taking off in mid air from her piano stool during a performance and an electrifying shot of Portuguese fado singer Mariza in crescendo on stage.

Koritnik doesn’t provide any information about the cameras or lenses he’s used over the three decades that he’s been taking the pictures but I assume he would have employed both film and digital equipment over this period. A small number of images are blurred – maybe in some instances this effect was intended. A few do not appear to have captured enough light – but then photo appreciation is always a subjective matter and others may well like the result.

Apart from the artists themselves a small proportion are solely images of their belongings. For instance, pictures of Brötzmann’s trousers, Coleman’s shoes, Charlie Haden’s bass case etc.

Dispersed throughout the book are 20 quotes from musicians such as Miles Davis, William Parker and Cecil Taylor which are taken from various sources and emblazoned across two pages each. Maybe those 40 pages could have been put to better use as whilst the quotes may be interesting, their relevance to the photographs is somewhat unclear.

The image you see on the dust jacket is that of free jazz drummer, Paul Lovens – we’re not told why his face is nestled in a pair of shoes. All images in the book are captioned with name of subject, place and year taken but we are given no other information about them which would have added interest.

This is a large and heavy book which would benefit from having an index. It has an adulatory preface by the Canadian jazz writer John Kelman and texts praising Koritnik’s work from four of the musicians who have got to know him over the years.

Michael Tucker - 03 February 2019
Olsen's CV includes work with Chick Corea and the Trondheim Jazz Orchestra. A potent player, he's also an ambitious composer. This 70-plus minutes suite was inspired by distilled lines from...