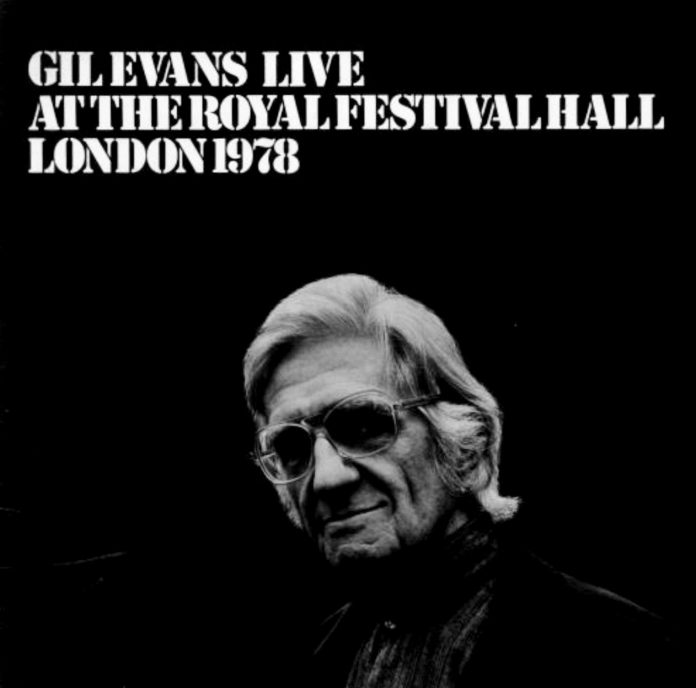 Gil Evans’ audience in London was, it seems, a good deal more fortunate than in Manchester (comparing this record with my memory of the Manchester concert). A very considerable amount of Evans’ music, particularly in terms of detail, was simply lost in a morass of totally inadequate acoustics/amplification in Manchester. It is also my impression, highly subjective, that the music itself (again judged by this album) was on an altogether higher plane at the Festival Hall.

It is almost impossible to describe Evans’ music in words, save to reiterate the cliché that each listening reveals new subtleties. So I will simply comment upon the excellence of the soloists – Dave Sanborn on Angel; George Adams who swings his ass off on Stone Free, with a huge rhythm section doing unbelievable things behind him, and who is also superb on Orange; the extraordinarily sinister, brooding atmosphere created on Parabola; and the high note trumpeter(s) in the blues medley (curious how so many people are playing Bird’s music these days — it must still have some validity!).

If it needed confirmation, this album confirms that Gil Evans is still the most creative orchestral writer in jazz today. There is much on this record that will appeal to those who especially admire his earlier work, and George Adams in particular is the equal of any saxophone player that has ever worked with Evans. Not to be missed.
Mike Shera