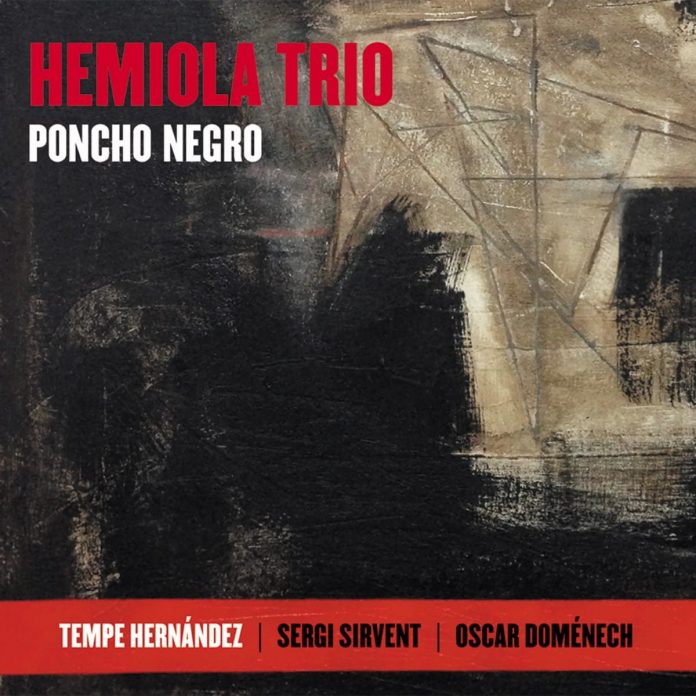 The Hemiola Trio are a fairly unknown group based in Barcelona with a name simply derived from a rather specific musical concept. Described in the simplest of ways, a hemiola is a musical shape resulting in a shift from triple to duple metre.

Their sound focuses on folkloric influences as well as contemporary formats. All tracks on this album are original compositions with a few exceptions; Poncho Negro is a popular South American song while Ícaro is a piece by Wilder Muñoz Sánchez which represents the Shipibo Conibo culture.

In general, the album offers a competent realisation of contemporary jazz styles and repertoire. There is great energy and high intensity playing and the record thrives on it, but they seem to be playing a little safe. The improvisational techniques show a lot of skill, as does the navigation through chord movements but there’s nothing that hasn’t been done before.

Boceto, the longest track on the album, reaching almost eight minutes, feels rhythmically strong. Swiftly darting through contrasting sections, it soon flowers into a ravishing piano solo by Sirvent. His playing is expressive and extremely captivating. I would have liked to have heard this level of excitement through more of the pieces featured on Poncho Negro.

Somewhat predictable but still enjoyable, Poncho Negro is an album that excels in targeting rhythmic structures and patterns.

It's jazz history that Bechet was resident in France throughout the 50s in the last decade of his life. There he became immensely popular and...

In the introduction to Ms Golia’s book Coleman is quoted as saying: "The theme you play at the start of a number is the...

The MRE seems to be Ulmer's band. All the compositions here are his, and Ulmer followers will feel at home with the snapping backbeats...