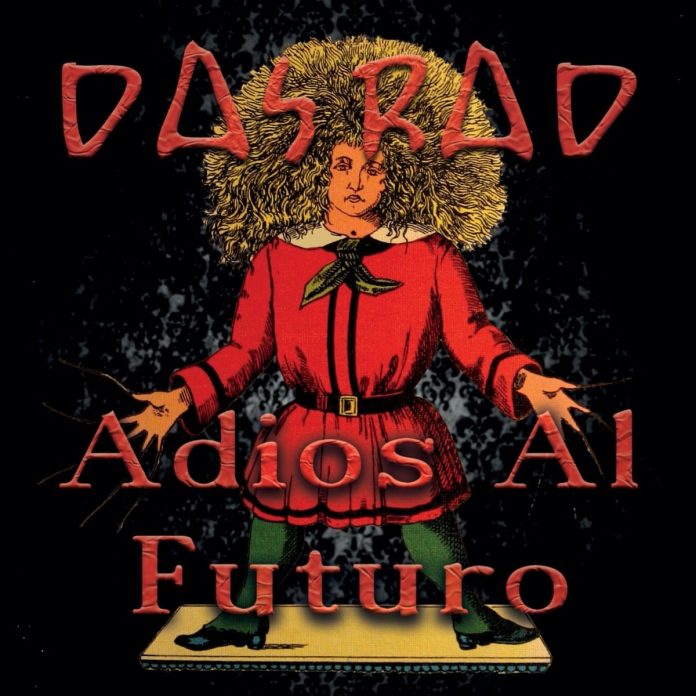 Much – maybe most – of the best music coming out of Britain at the moment has Martin Archer’s thumbprint on it, either as player or enabler through his eclectic Discus imprint.

Das Rad is an improv album from the times, with modified portraits of BoJo, Vlad the Invader, Little Rocket Man and his American pal, the you’ve-been-Tangoed POTUS in a rogues’ gallery inside. There’s even a little origami-like doohickey included with the set which turns into a trompe l’oeil cube.

Not that you’ll be distracted from the music long enough. Archer’s ability to meld elements of jazz, free rock, krautrock, electronica, country, blues, folk, classical and just the sounds of everyday is second to none. He has long since outrun genre and Das Rad is no exception.

It’s a very nicely paced album as improv dates go. The three longer tracks are interleaved with shorter pieces. Pretty much everyone gets a whirl on keyboards, which makes it appropriately difficult at places to work out who’s doing what but Archer’s reeds, Nick Robinson’s guitars and Steve Dinsdale’s drums are the reference points and the homespun power-trio references aren’t overlooked.

This is a group that can generate some noise, or go into quieter and more detailed mode. The original krautrockers often didn’t know when to knock it off and crack a smile. Das Rad’s sense of impending disaster doesn’t stop them having a chuckle. Come November, we might well be needing it.

Apart from outstanding recordings with Dave Brubeck, and his hit composition Take Five, Desmond is probably best remembered for his long and productive collaboration...

With the advent of bebop the trombone might have suffered the same relative decline as the clarinet but for two virtuosos - J.J. Johnson...

This is the fifth in Joan Merrill’s ongoing series of crime novels featuring jazz-loving private investigator Casey McKie, through whose eyes the story is...

The band appeared at the Notre Dame Hall in May and turned out to be a 26-piece oufit, boasting French-horns, a tuba and Tristan...

Das Rad: Adios Al Futuro"Archer’s ability to meld elements of jazz, free rock, krautrock, electronica, country, blues, folk, classical and just the sounds of everyday is second to none. He has long since outrun genre and Das Rad is no exception"
Advertisement