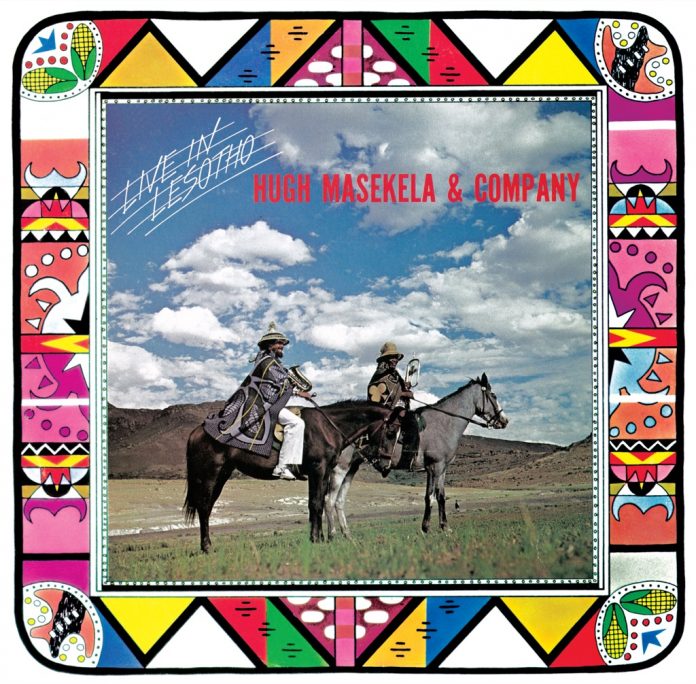 Though it never reaches the heights of Home Is Where The Music Is, released a decade before and starring Dudu Pukwana and the peerless Larry Willis, this has very much the same feel, and Part Of A Whole, the classic Caiphus Semenya song, is again included. The present band was the one that recorded Home in 1982, with Hotel Cecil Barnard’s Sister Fania a key track. The live version here is longer and better, taking up the whole of side C. Ashiko comes from The Boy’s Doin’ It, which explains why, as on Home Is Where The Music Is (also known as The African Connection), the spirit of Fela Kuti and Afrobeat isn’t far away.

It’s fair to say that Masekela lost his way a bit in the 1970s and while nobody should ever be criticised for playing with Herb Alpert, who is a phenomenal musician, Hugh’s crossover work was sometimes a bit heavy on the pop dimension. There’s much less of that here. The vocals are sometimes a bit over-egged and if Victor Bailey and Poogie Bell hold down something alarming close to a disco beat in places, the top line of Masekela and McLean Jr is attractively raw and urgent.

The recording was done in front of a small invited audience in a Holiday Inn ballroom using a Tascam eight-track machine, so the sound quality is documentary rather than studio-clean, but that suits the music pretty well and off modern vinyl the reproduction is clean and sharp.

Part Of A Whole has always been a personal favourite, but it’s topped this time by another, more strident Semenya tune Ha Le Se Le Li Khanna, and the only faint disappointment is the closing Healing Song, a Miriam Makeba classic that’s maybe pushed a little too far.