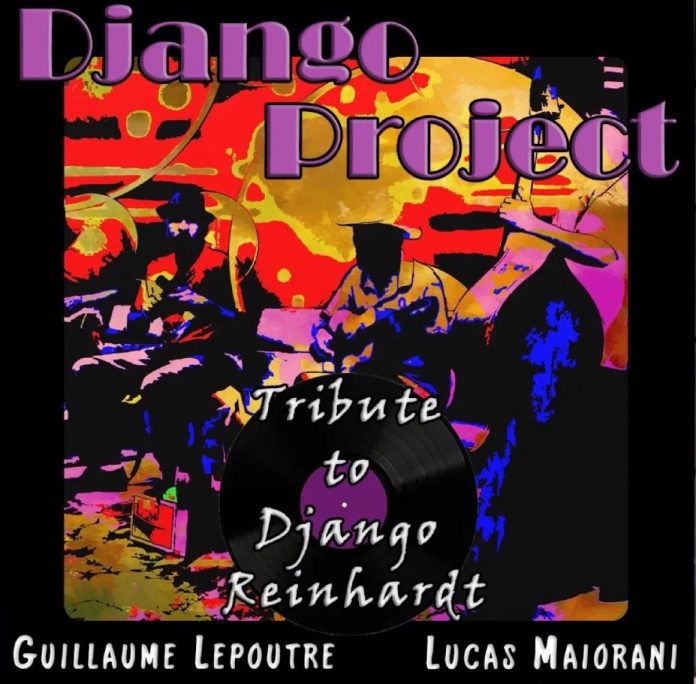 Maiorani and Lepoutre are French guitarists who work together in the jazz bars of Brussels, and share a love of Django Reinhardt’s music. In this duet album the solos are confidently fluent in Django style, blending prowling springy rhythm with fast, attacking  percussive runs, and plangent poise with brisk dynamics.

Only a tiny sample of Reinhardt’s vast repertoire is represented here, so it seems a questionable indulgence to perform two versions of Nuages (spelt on the cover in the singular, for some reason). However the solo version, in particular, is sensitively and creatively performed, out of tempo.

Minor Swing, a well-arranged Djangology, and the appealing Troublant Bolero (with a small deviation in style) all contain positive and creative solos. They compensate for an overlong and repetitive Daphné, not the most interesting of tunes.

No notes and scant information came with the hand-written copied disc I received – some would have been helpful. However, the music is well played, well recorded, and faithfully representative of the genre.

Long after the Belgian maestro left the stage, the musical legacy of Django Reinhardt, founding father of “gypsy jazz”, continues to work its magic and attract devoted attention.