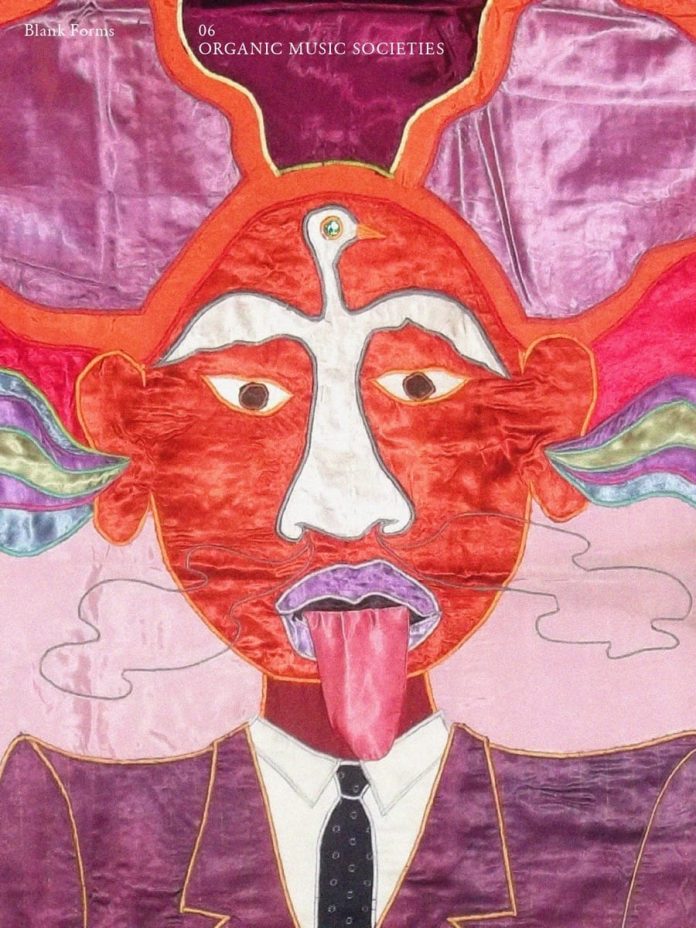 This very reasonably priced volume sheds light on a key period in Don Cherry’s life when he spent considerable time in Sweden (where he was domiciled) as well as travelling widely both in and outside Europe and Scandinavia.

Together with Magnus Nygren (who is working on a Cherry biography) editor Lawrence Kumpf supplies an introductory overview titled – in Cherry’s own words – “The Revolution Is Inside”. The book examines the various projects which Don Cherry (1936-1995) and his life-partner for a substantial number of years, the Swedish multi-media artist, designer and musician Moki Cherry (1943-2009), worked on together from the mid-to-late 1960s through to the early-to-mid 1980s. Initially, they called such projects Movement Incorporated and then Organic Music Society and Organic Music Theatre.

Richly illustrated, the near-500 pages include several substantial interviews with Cherry. There are also thematic essays: Ben Young’s “Relativity Suites” illuminates how ideas of fixed forms and extensive solos gave way to a collage-like cultivation of a group-centred multivalence of inspiration and what psychologists call “affect”. A more personal note inflects the Swedish multi-instrumentalist Christer Bothén’s thoughts on what it was like to work with the peripatetic Cherry.

Much of Organic Music Societies no. 6 is devoted to the work of Moki Cherry. Born and baptised Monika Karlsson in the far north of Sweden, she first met Don during one of his early sojourns in Stockholm: the design student Monika then became the Moqui who created the primitivistic figurative painting which furnished the cover for the 1966 Where Is Brooklyn. As Moki, she would flourish in all manner of ways, contributing cover art, tapestries and posters (as well as clothes) to enhance Don’s various endeavours.

Some of her best-known pieces are the mythically inflected cover painting for the Organic Music Society double LP release on Caprice and the South Asian-oriented tapestry and quilt for, respectively, Eternal Now and Relativity Suite. But Moki’s importance to Don ran deeper than any such particular achievements.

The purchase of an old school building in Tågarp, in southern Sweden, furnished the base from which to develop performances as well as community and teaching work (often with children). Moki’s daughter Neneh calls Tågarp “the mothership, our family headquarters, the source” and Organic Music Societies no. 6 concludes with a reproduction of the contents of Tågarp Publications Number One. Edited by Keith and Rita Knox, this is a wide-ranging example of the “alternative consciousness” typical of the time, finishing with some reflections from Don Cherry about his teaching experiences at America’s Dartmouth College.

The bulky paperback has a sewn spine, ensuring long life. But there is no index or discography, disappointingly so for such an ambitious project. And while the research which fed into the book had many sources, there is no mention of Jazz Journal, including the various articles Barry McRae devoted to Cherry in the early 1970s and the extensive interview Cherry gave to Martin Isherwood, published in JJ 09/91 and recently made available in the JJ archive.

The illustrations in Organic Music Societies no. 6 are all captioned. But a colour shot which has Don and Moki in a trio features an “unknown bass player, ca. 1974”. Anyone with a serious interest in Cherry should know that this is the Norwegian, Arild Andersen – who was first brought to wide international attention when Cherry featured him on the 1968 Berlin recording which is Eternal Rhythm. Arild has confirmed to me that it is him in the photograph, taken at the 1975 Kongsberg Jazz Festival.

And speaking of absent Norwegians, there is no mention of the impact Cherry had upon a young Jan Garbarek (and various of his compatriots, including Jon Christensen) when they played together at Sogn Jazz Cub in Oslo in summer 1967. As Garbarek has made plain – in both Horizons Touched: The Music Of ECM and my own Jan Garbarek: Deep Song – “It was Don who first got us interested in our own folk music, who made us realise how much there was to check out in our own backyard […] He was an enormous influence: a very fine person, and the first world musician, really. Everything about Don spoke of a world-wide attitude to life.”

At one point in the book Cherry says: “I have a lot of respect for simplicity, where something’s so simple that it’s hard – it’s hard to be simple.” Compare that with the following from Fumi Okiji’s “Oriki For Don Cherry: To Be Part Of A Gathering Whole”: “We need to take black expression’s irrevocably folk-orientation seriously. While not precluded, the notion of the hermetic, original work of (mostly) single authorship – a manifestation of what Adorno refers to as high-bourgeois “sovereign freedom” – is not essential to this episteme.”

Published in 1964 – the year that Albert Ayler and Cherry cut Vibrations with Gary Peacock (b) and Sonny Murray (d) – Marcuse’s One-Dimensional Man: Studies In The Ideology Of Advanced Industrial Society remains as relevant as ever today. And as Organic Music Societies no. 6 documents so well, was there ever anyone more multi-dimensional in their creative resistance to and transcendence of all that so disturbed Marcuse about life today than the indefatigable – and inimitable – Don Cherry?

Ronald Atkins - 27 January 2019
This is the second volume of live music from Wally’s Jazz Café in Boston. It seems Jason Palmer has enjoyed a regular weekend gig there for many years, and...