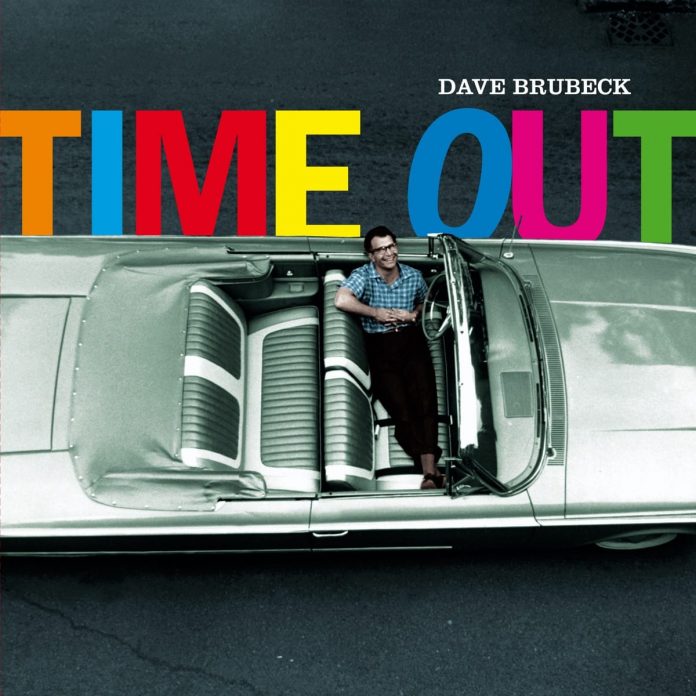 1959 was a bumper year for classic jazz recordings. Mingus recorded Ah Um, Coltrane taped Giant Steps and Ornette Coleman produced his first Atlantic disc with his own group, The Shape Of Jazz To Come. Top of the list though and still the bestselling jazz album of all time was Miles Davis’s Kind Of Blue. Not far behind, in the runner-up spot was Brubeck’s Time Out; the single from this LP, Take Five, was the first million-selling jazz record.

Blue Rondo À La Turk is up first. This album was all about unusual time signatures, and it tears away in 9/8 but as soon as Paul Desmond starts his solo, he’s in a swinging 4/4. This happens more than once and it is noticeable that although exotic time signatures are spotlighted, most solos are in standard time. The music overall is totally unique to Brubeck, logical in construction and indicates that his music was designed to come out the way it does.

The choice of personnel too was crucial to Brubeck’s plan and these musicians are ideal for this music. Can you imagine a Brubeck quartet with Jackie McLean on alto, Mingus on bass and Art Blakey on drums? Desmond’s unique, sweet and cool alto was just right. Wright was a straightahead bassist with a big sound but without anything fancy. Morello’s drums were never about thundering solos at lightning speed but subtlety. His solo work on the iconic Take Five consists of short, snappy fragments that are rhythmically exciting but tasteful. Brubeck’s mix of jazz and classical lines required just this measure of support. And how did the quartet manage to make playing in 5/4 sound so natural and easy? The bonus track Audrey indicates just how important the change of bass and drums was.

Take Five was written by Desmond as a feature for Joe Morello. It’s odd then that shortly beforehand the altoist had gone to Brubeck and said “Either he goes or I go.” The reply was “He’s going nowhere.” This quartet stayed together until the late 1960s.

This release has good sound on 180-gram vinyl, new notes and brightly coloured cover. The vinyl disc is bright yellow. A new lease of life perhaps, but it hasn’t been out of print since 1959. Not to be missed in the unlikely event that you don’t already have it.

Derek Ansell - 29 March 2019
Still unusual, but with plenty of precedent, bassist Richmond here devotes an entire CD to his cello as the solo instrument with another bassist in the rhythm section. The...