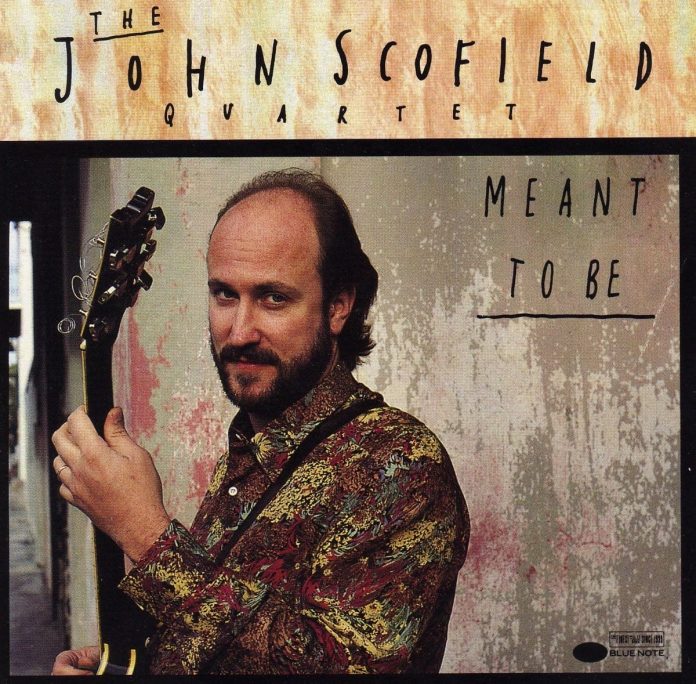 Although some have noticed a greater degree of formal restraint in Scofield’s latest music, Meant To Be is essentially a sequel to 1989’s Time On My Hands. Thus most of the upbeat pieces lay naive themes over crude harmo­nies and rhythms ranging from New Orleans march (Some Nerve) to calypso (Mr Coleman).

The solo sections are loosely ordered and the changes approached from the most abstruse of angles. Some atten­tion is thus required to discern the broad developments and cli­maxes of the solos, if such things exist.

By contrast, the several lovely, languid ballads reveal their riches immediately. Scofield draws from a wider harmonic palette in this context, and both content and delivery are profoundly emo­tional. Miles Davis is recalled in the delicately etched lines of Keep Me In Mind, and Meant To Be, with its light bossa nova brushwork, is a reminder of Jobim’s wistful studies in melancholia. These are the most rewarding moments in another set which finds the great guitarist unusually reliant on the music of the past.

Sarah Pierce - 13 April 2021
A blend of different musical worlds, Sleeping Beauty pushes the definition of jazz to the limit, creating an interest-filled album. Jazz, improvised, world and electronic are combined to create...