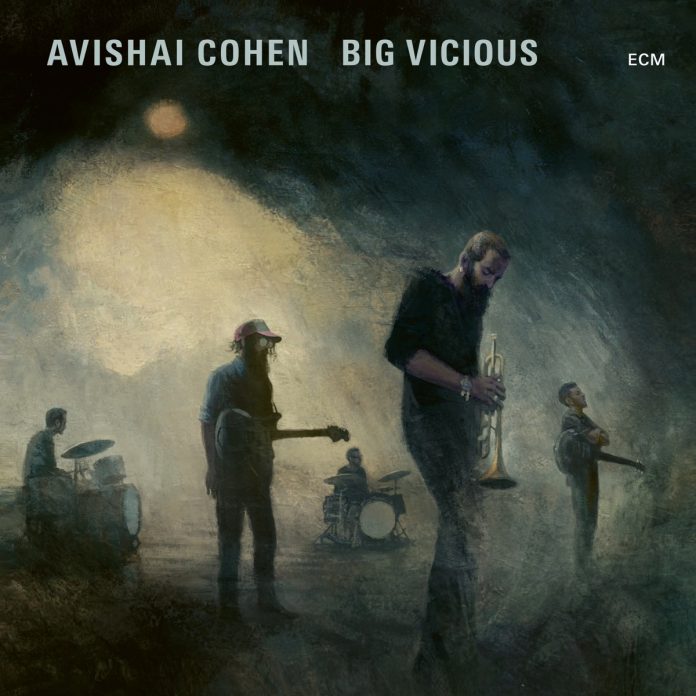 Israeli trumpeter Avishai Cohen (not the Israeli bassist of the same name) returns with a more energetic outing after his icy duo album on ECM last year. This time he heads a fusion band that wanders between jazz, rock and electronics on short tracks that mostly clock in at under four minutes.

After a couple of decades in the US, including gigs with the Mingus Big Band and Dynasty, Cohen moved back to Israel in 2014 and formed this group, Big Vicious. He is backed by two drummers and two electric guitarists, one of whom also plays bass.

The band members composed half of the pieces on the album together, with the rest by Cohen besides two covers: Beethoven’s Moonlight Sonata and Massive Attack’s Teardrop – the latter an interesting choice as the Bristol band have long championed the cultural boycott of Israel.

The Big Vicious version is faithful to the often-covered original, at least until Cohen’s trumpet takes off into the stratosphere. There are shades of another British trip-hop-oriented band, Cinematic Orchestra, on the loungey The Cow & The Calf, with its whimsical whistled refrain. Like most of the album, this is pleasant but hardly adventurous stuff.

Cohen’s trumpet sound moves from a warm burnished tone on the opening Honey Fountain to a piercing, triumphant flight on the second track, Hidden Chamber. It’s one of the strongest pieces, though it ends oddly with a cut-up sample of Ghandi speaking.

That’s followed by the album’s weakest link, King Kutner, where Cohen keeps a low profile and gives free range to rock guitarist Uzi Ramirez and his whammy bar. The bombastic result brings back memories of school rock bands – and indeed it turns out the gunslinger was a schoolmate of Cohen’s. At other times Ramirez is more subtle, echoing Bill Frisell on the watery Teno Neno and the heartfelt ballad The Things You Tell Me.

Cohen’s fourth album for ECM was produced by Manfred Eicher, but it seems as if Tel Aviv producer Yuvi “Rejoicer” Havkin may have a played a bigger role in shaping it. He co-wrote three of the songs, including one of the most exciting, Fractals, which is explosive dark ambient soaked in delay over a South Asian undercurrent. The album closes with Intent, another ambient landscape underpinning some of Cohen’s most affecting playing.

Each track on this album seems to have a certain pattern – powerful orchestrated passages interspersed with quiet, at times almost minimalist contributions and...

Something connects Jimmy Webb, writer of such intriguing pop songs as Wichita Lineman and MacArthur Park with jazz. In their original form his tunes...

The African-American novelist and story writer William Melvin Kelley Jr. (1937-2017) was born on Staten Island, and grew up in a working class and...

Avishai Cohen: Big Vicious"Cohen’s fourth album for ECM was produced by Manfred Eicher, but it seems as if Tel Aviv producer Yuvi 'Rejoicer' Havkin may have a played a bigger role in shaping it"
Advertisement