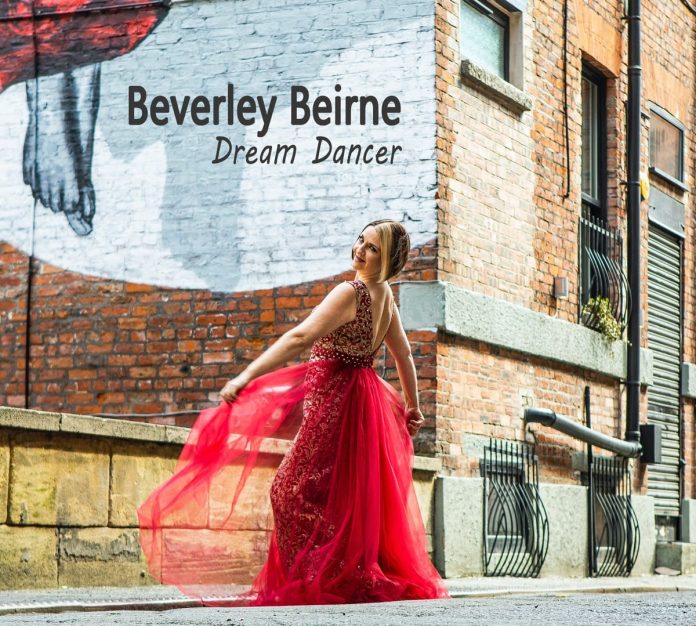 The second CD by Beverley Beirne to be produced by Jason Miles is successful because all the elements are exactly right.

We have a vocalist with a clear, unique voice and just enough huskiness to enhance and vary the sound; a crisp rhythm team of piano, bass and drums that are always together and swing lightly and easily; a selection of songs that combine old and not so old standards, two good originals and an ancient pop song that dates back to 1933; and a good mix of the music with two tracks offering a variety of instrumental colours. It isn’t too often that all these things come together on one new record but here they do.

Beverley’s vocal on Let’s Face The Music is light, buoyant and floats neatly on top of a pulsing rhythm section. She slows the tempo just a little on Weaver Of Dreams but still puts over the song as though she believes the lyric story. Now We’re Just Friends is an attractive line by the late Duncan Lamont and his airy tenor sax enhances this performance.

There are clear, straight ahead interpretations of David Bowie and Billy Strayhorn pieces before Beverley launches into Temptation and breathes new life into a very old pop banger. Fascinating Rhythm is neatly linked to Thou Swell and the vocals suggest the singer has studied both carefully before recording. There’s some bright scatting on offer too.

The second composition from Duncan Lamont is Old Brazil which features him in a laidback solo role with added guitar, percussion and string contributions. Producer Miles plays Hammond organ on Fascinating Rhythm but in a restrained manner, merely filling up the ensemble to give it more bite. Beverley’s voice is persuasive in the best sense on Winter Moon and Dream Dancing, where her clear diction and storytelling style allow you to believe the words.

Simon Adams - 16 March 2020
Sun On Sand features eight compositions – each one representing one aspect of light – all from Aspects Of Darkness And Light, a suite for tenor saxophone, bass, drums...