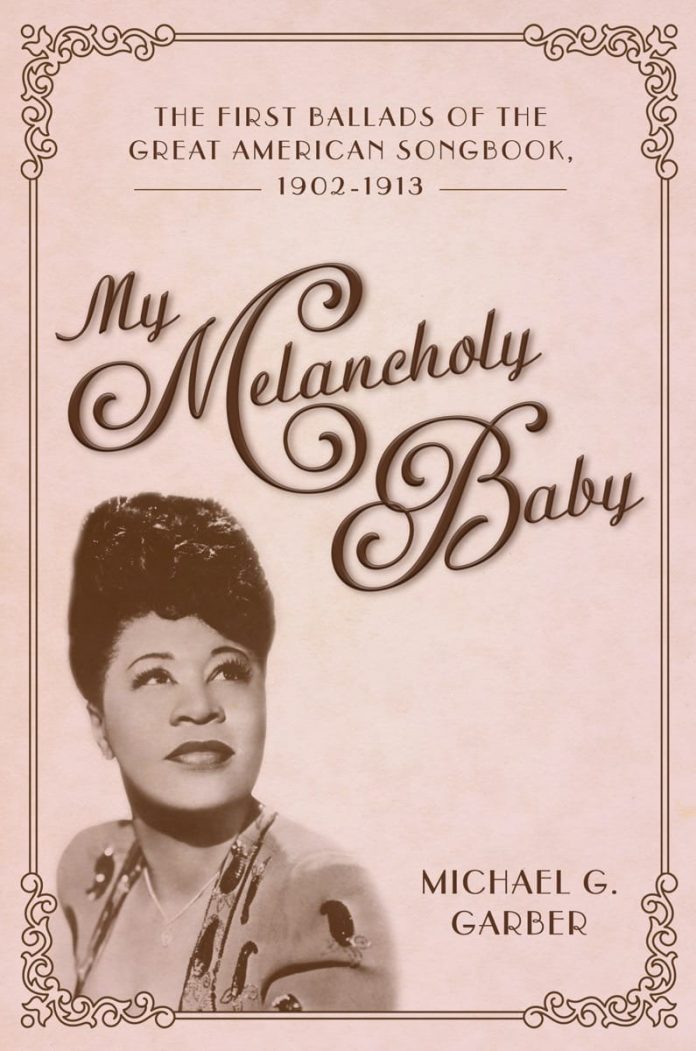 Michael Garber is a lecturer and researcher in theatre, film and media studies specialising in Tin Pan Alley and the American musical. Focusing on 10 songs that were published between 1902 and 1913 his book aims to demonstrate how they prefigured the ballads of ensuing years and shaped the American music industry. Each chapter explores the history of a particular song, analyses its music and lyrics, details its various recordings and examines how the song has been used in plays, films and literature.

The 10 selected by Garber are all torch songs or what he refers to as personal ballads. They were chosen after he’d spent several years examining discographies and recordings, library archives of original sheet music and songbooks, critical studies of stage and screen musicals, old newspaper articles and extensive internet searches. He relays how the process of constant revision enabled these pioneer works to stay within the repertoire of singers and musicians through more than a century and paved the way for later masterpieces. The 10 compositions he expounds upon in the book are: Bill Bailey, Won’t You Please Come Home?; Kiss Me Again; I Wonder Who’s Kissing Her Now; Let Me Call You Sweetheart; Some Of These Days; The Sweetheart Of Sigma Chi; My Melancholy Baby; When I Lost You; You Made Me Love You and I’m Sorry I Made You Cry.

Garber asserts that most writings on classic American songs have concentrated on only a few artists and have ignored the thousands of others who contributed to the style. In this respect he seems to be particularly critical of Alec Wilder’s standard analysis American Popular Song: The Great Innovators, 1900-1950 because “he dwells for half the book on only six composers”. But Wilder, to be fair, does state that his core group (and by implication Wilder as well) never forgot the invaluable heritage bequeathed by their earlier predecessors. The title of Wilder’s book refers after all to his defined group of “great innovators” only and not to anyone else.

Similarly, in regard to The Poets Of Tin Pan Alley, Garber declares that Philip Furia “lingers for almost 80% on only ten wordsmiths”. But Furia’s intention is clear – that his subjects are specifically the lyricists that he defines as Tin Pan Alley poets and that these individuals wrote their songs between the two world wars. As such Furia cannot really be “criticised” for not broadening the scope of his work to include writers who came before that era.

In contrast, Garber’s book “opens our sight to unexpected vistas” by including not only important composers such as Irving Berlin but early innovators who have often been obscure and uncredited. His work details how key periods contributed to the successive revivals of the early torch songs: the advent of the electronic microphone between 1925 and 1934 when pioneer crooners revived many songs of the past; then the big bands of 1935 to 1945 which depended on older songs for much of their repertoire and the integration of crooner singing with the dance rhythms of the swing orchestras. This overlapped with the burgeoning of Hollywood nostalgia musicals and the graduation of band singers to solo careers in the 1940s, which pushed vintage songs to the public’s attention. Lastly he shows how in the 1950s and 60s singers added folk, rhythm & blues and country and western to the interpretive options for Tin Pan Alley songs.

Garber’s detailed exploration of how the style of the Great American Songbook evolved is thoroughly researched. His notes to the text are substantial, stretching to 44 pages. It has a 17-page bibliography, a general index and a separate song index of over 500 titles. Extracts of music scores and lyrics together with 40 photos of artists, song-sheet covers and movie screenshots illustrate the text throughout.

Simon Adams - 24 May 2021
Bassist Michael Formanek is well known for his association with Tim Berne, Marty Ehlrich et al, as well as his current membership of Thumbscrew alongside Mary Halvorson. His young...