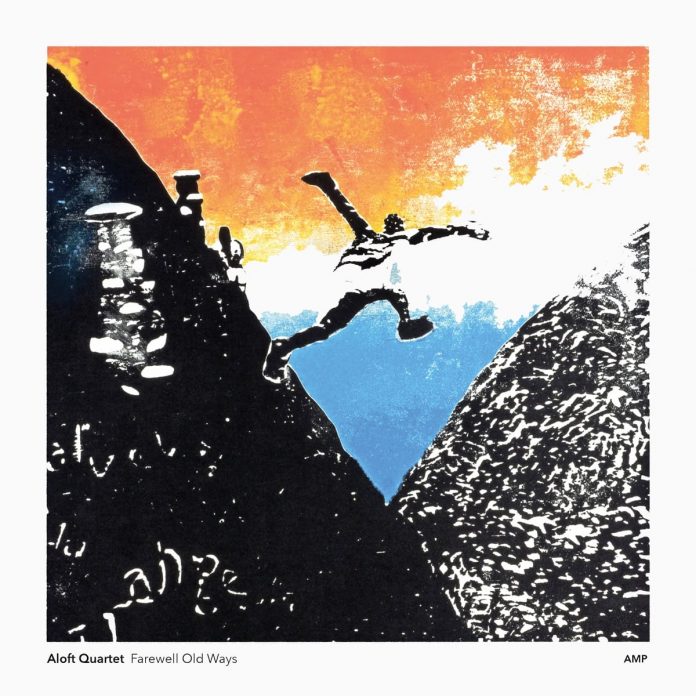 This young Scandinavian foursome’s initial album First Year from 2018 was well received at that year’s Danish Music Awards and received plaudits on a wider scale. Farewell Old Ways is an enjoyable follow up and has much to commend it in terms of purpose, clarity and group integration.

The tunes have been supplied by saxophonist Balvig and bass player Henriksson, which in performance suggest a degree of preparation long before entering the recording studio, as there is a degree of understanding we have come to expect from groups of much longer life. By now, we have come to expect a high level of musicianship from the stamping ground inhabited by this quartet and there is no let down here.

Sorensen and Balvig (whose tone is never less than pleasing) seem equally at home stringing out long lines of improvisation or taking a more contemplative route with Henrikssen and Kleppan up to the task of providing subtlety or drive at whatever tempo.

As is often the case with fledgling musicians, none of the original themes linger long in the memory but they do act as suitable platforms for some very listenable music-making that is well worth returning to.

Elliot Marlow-Stevens - 21 November 2019
Saxophonist Bill Evans is probably best known for his time with giant names such as Miles Davis, Herbie Hancock and the Mahavishnu Orchestra. However, he also has an established...