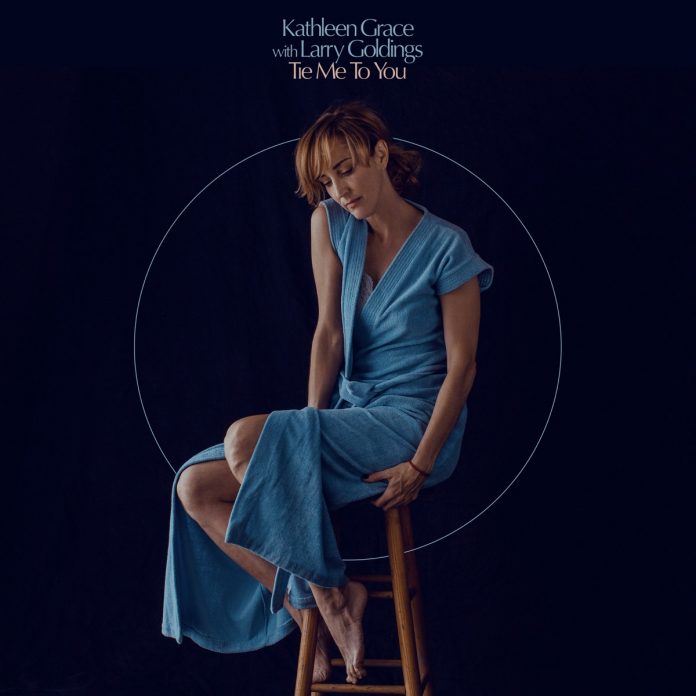 Since her debut album Sunrise (2005), Kathleen Grace has mixed jazz, blues, folk, country, pop and show tunes, drawing on such diverse artists as George and Ira Gershwin, Johnny Mercer, Michel Legrand and Randy Newman to supplement her own compositions. Drawing comparisons to artists such as Jo Stafford, Jane Monheit, Nancy Wilson and Joni Mitchell, her subsequent releases Songbird (2007), Mirror (2008) and No Place To Fall (2013) combined intelligent selections with new directions and varied musicians.

Grace’s recent emergence from a long-term relationship resulted in a programme of pared-down songs conveying her sense of loss and rediscovery, and she invited Grammy-nominated pianist Larry Goldings to help produce her fifth offering, Tie Me To You. The pair recorded for a year at the Carriage House studio in Silver Lake, Los Angeles, founded in 2003 by Sheldon Gomberg who helmed No Place To Fall.

Covers highlights include a fabulous, upbeat take on the Rodgers & Hart standard Where Or When, with its relaxed vocal delivery, buoyant keyboards and improvisational piano section; a sparse reading of the traditional John The Revelator; the wistful Berceuse, popularised by French chanteuse Francoise Hardy in the 1970s, delivered here with charm and sensitivity; and a bright, introspective take on the Beatles’ I’ll Follow The Sun.

This solid if pensive album could have included more “up” tunes, but the originals are well composed, the covers solidly rearranged and the musicianship and singing of the highest standard.

Apart from the wholly instrumental Endure each of the songs here has sprung from lyrics by poets Malika Booker (the first poet-in-residence for the...

One of the worst features of lockdown if your escape route mires you in social media is subjection to video clips of canine choirs...

When I saw that the liner note for this album had been written by Coleman himself, I expected to be enlightened by it. However,...

"This solid if pensive album could have included more "up" tunes, but the originals are well composed, the covers solidly rearranged and the musicianship and singing of the highest standard"Jeremy IsaacKathleen Grace with Larry Goldings: Tie Me To You
Advertisement