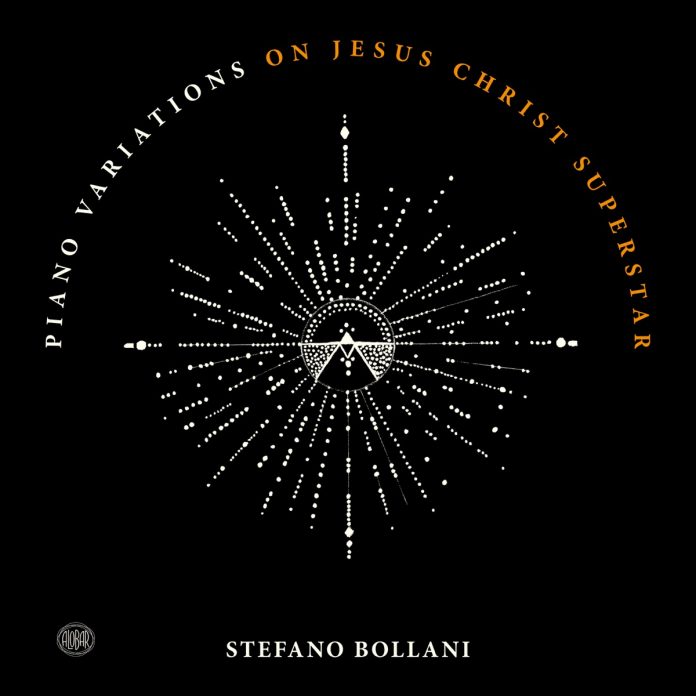 I was drawn to this album by two things. First, my previous experiences of hearing Bollani’s excellent recordings, and second it caught my eye as he was doing something a little different for a solo piano recording.

Gone are the large forces of the orchestra, choir, and guitars from the original rock opera, and we have one man and his piano (the small extra forces of vocals here are on only one track), interpreting what I’d regard as one of Andrew Lloyd Webber and Tim Rice’s better offerings, musically speaking.

The liner notes tell us that the Steinway Model D grand piano used for this recording was tuned to 432 Hz. There’s no explanation provided for this, but I’d add that this is as opposed to the British and American standard of 440Hz and the European standard which is normally a touch higher than that.

Through musical history, various other values have been used, for a range of reasons, but there’s no space here to get involved in a discussion as to why 432 Hz might have been used in this case. Anyway, the piano here sounds really good, and it seems to suit the purpose very well.

There are some good melodies and songs in the original rock opera, but Bollani turns these into something altogether more interesting with his variations and improvisation, using the full extent of the capabilities of the piano.

For example, I Don’t Know How To Love Him morphs from the original 4/4 pop ballad to a jazz waltz, but gracefully and purposefully so, and King Herod’s Song sees Bollani demonstrate his substantial stride piano capabilities. Elsewhere, he sometimes sounds more contemporary, in a Mehldau-like way.

Overall, through the album he manages to keep some of the sense of drama of the original, but in Bollani’s hands this music has much greater detail, musical sophistication and even beauty. Buy it, and have a good listen.

Previous articleDan Loomis: Job’s Trials: A Jazz Song Cycle
Next articleRadio 3 has its say on jazz as struggle

This CD is a reissue of Freddie Hubbard’s 1969 LP that was recorded at MPS’s home-based studio in the Black Forest during a European...

During the 1940s Serge Chaloff, along with Leo Parker and Cecil Payne, showed how successfully the baritone saxophone could adapt to the intricacies of...

That venerable tradition of liaison between jazz and 'straight' music was extended in late January when Loose Tubes, the ageing enfants terribles of the...

"...in Bollani’s hands this music has much greater detail, musical sophistication and even beauty. Buy it, and have a good listen"Dave JonesStefano Bollani: Piano Variations On Jesus Christ Superstar
Advertisement