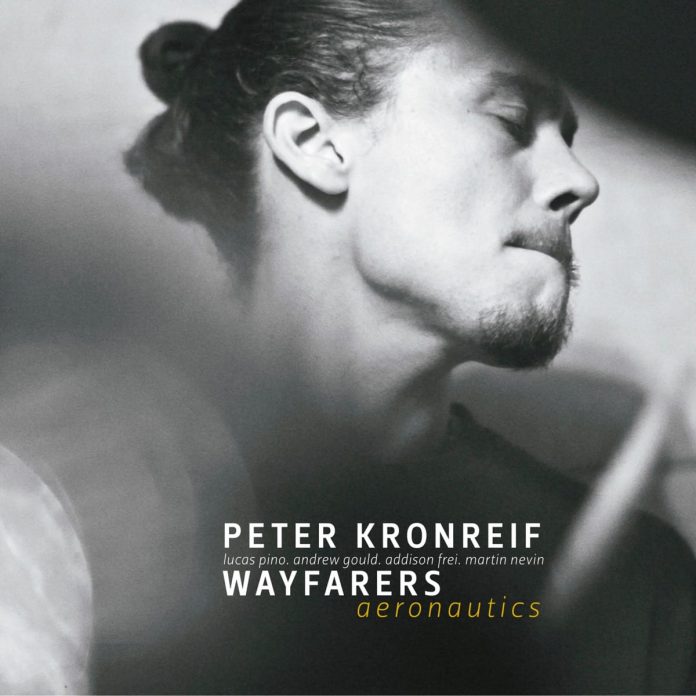 This album brings to mind the influence that a band like Steps Ahead has had on the way that contemporary jazz can sound, some 40 years later, although current-day efforts can sometimes seem to have fewer strong melodies and also less space, and yet seem less eventful at the same time.

New York-based Austrian drummer Kronreif et al start to take flight at around the half-way point on The Undefeated, building to a close with some nice work from the saxes, and the closing track Trees is similar in that way. There’s some humour there in these closing sections as well, with a quote from English Country Garden – something of a throwback to Charlie Parker quotes.

The change from acoustic piano to the electro-mechanical Fender Rhodes on Verdura doesn’t change the band’s approach, but this just happens to be part of the most interesting section of the album, with more space for soloists to stretch out a little, culminating in a great guitar solo contribution from Alex Wintz on Nodoc, arguably the standout track.

The tunes here aren’t particularly memorable, but that often seems to be the modern way. However, it’s a well-assembled set that gradually builds in intensity, with some great playing, and very much a whole-group sound with a lot of interaction between the players – perhaps too much at times, not allowing the grooves to settle and individual solos to build.

Steve Voce - 20 April 2022
The best-selling jazz album of all time is here expanded with four familiar tracks from previous years. The invaluable 11 minute Adderley-led Autumn Leaves is a triumph for Miles,...