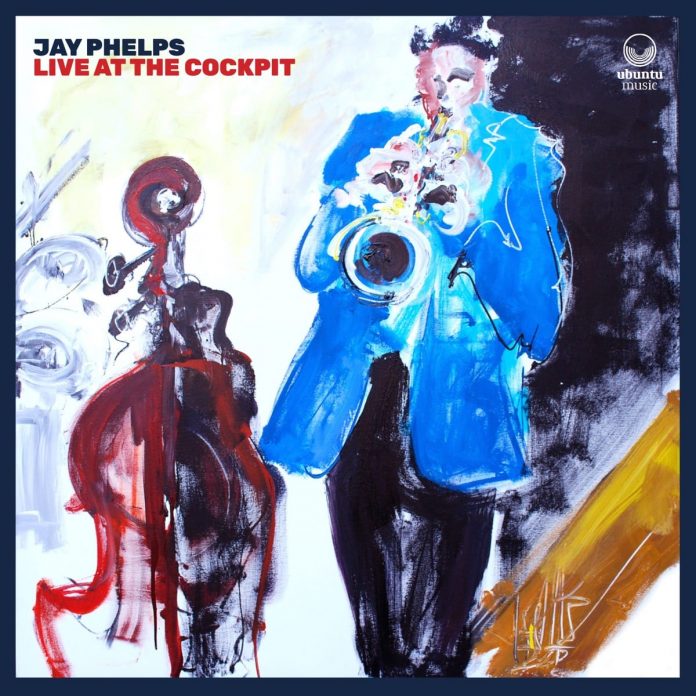 It’s refreshing to hear some live jazz at the moment, albeit in this case in recorded form, but this is a very real live recording for radio, taken from one set at The Cockpit Theatre in London, with Phelps and his quartet supported by a couple of other bands. Hence the length is a bit more like a studio recording rather than live.

It was recorded by Steve Lowe for BBC Radio 3’s J to Z programme, and we have Chris Phillips and Jez Nelson of Jazz FM to thank for the actual programme of gigs at The Cockpit – a nice concept presenting several high-quality jazz groups in one evening, enabling them to showcase themselves to a live audience in the round, and also to a national radio audience.

As it’s a live album, the sound isn’t quite what you might expect from a studio recording, but this doesn’t affect enjoyment of the music if you listen to it like a gig, which is the whole point here. Phelps’s trumpet sounds a bit distant at times, but I suspect that’s just inherent in the sound of the room.

Anyway, it’s a great set – very contemporary sounding in its variety of grooves, and besides the perhaps more obvious relatively recent influences to be heard in Phelps’s playing, I hear a bit of Chet Baker – not because Phelps sings as well as plays, but because of certain aspects of his sound at times (although he has a bigger sound than Chet), and his phrasing.

The rhythmically interesting Rick Simpson excels on piano, with a hint of Mehldau in his style, and a nod to Debussy’s Clair De Lune at the end of Angel, the penultimate track. Glaser and Ireland’s grooves help the set to really take off in the second half, and Simpson and Phelps fly with them. Buy this album, and once again enjoy the sound of four guys playing in the same room to a packed audience.

John Adcock - 25 September 2020
Phenomenally good technical skills abound on Erland Helbo’s first release as leader. An experienced performer, teacher and much in demand session musician, he has teamed up with top-tier Norwegian...