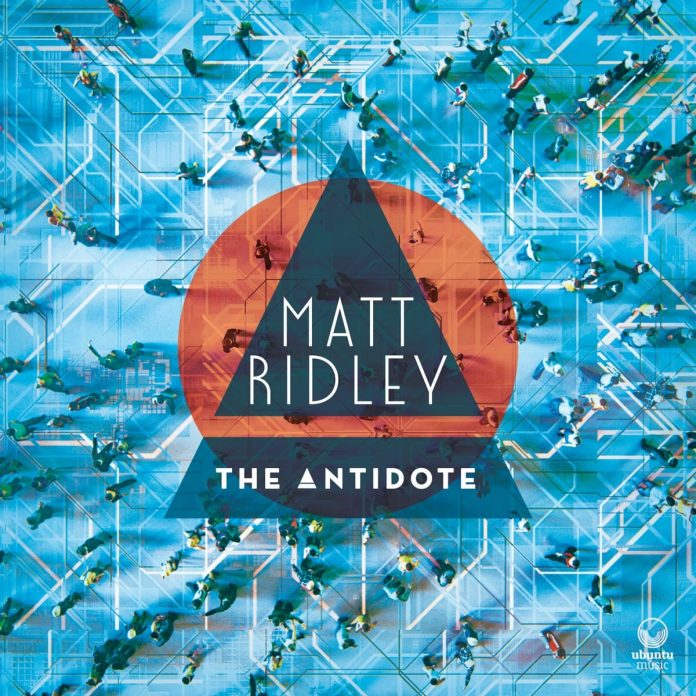 The Antidote in question is a solution to the troubles facing the modern world, troubles that obviously concern leader Matt Ridley. He wants his music to unite, not divide, to heal and not harm. His own antidote predates the current coronavirus crisis, but is all the more valid for it.

Reflecting on the musical culture of his home country, he decided that “what the English do really well, is rock, folk and classical music”. And since he has always wanted to rock out, with some good jazz improvisation, folksy melodies, and the detail and emotional depth of classical music added in, that is what he has done.

The opening Thalo Blue is symphonic and euphoric, The Minotaur complex with its labyrinthine metre. Ebb And Flow is a journey of extremes, its delicate arco bass theme offset by Ant Law’s electric guitar, its sometime heavy mood turned around by the lyrical delights of Yardeville, dedicated to Ridley’s former boss Jason Yarde, and the tenderness of Wayne Shorter’s Infant Eyes, apt because of the arrival of Ridley’s first-born a few months before recording. Concluding the set is a four-part suite, in turn heavy fusion, spacey and trippy journey and poignant rock, with a fireworks finale.

Throughout, saxophonist Hitchcock has some good outings, as does pianist Tom Hewson, while Law’s guitar is always fluid, but as leader, Matt Ridley steals the show, particularly with his arco playing. This is Ridley’s third album, and while I find it slightly contrived and a tad too overcooked, its integrity and refreshing insistence on strong melodic and thematic material carry the day.

Elliot Marlow-Stevens - 13 August 2019
This is the second album by Adam Niewood of his father Gerry’s music. The first, 2015’s Homage, was made up of recordings from the same session as this release....