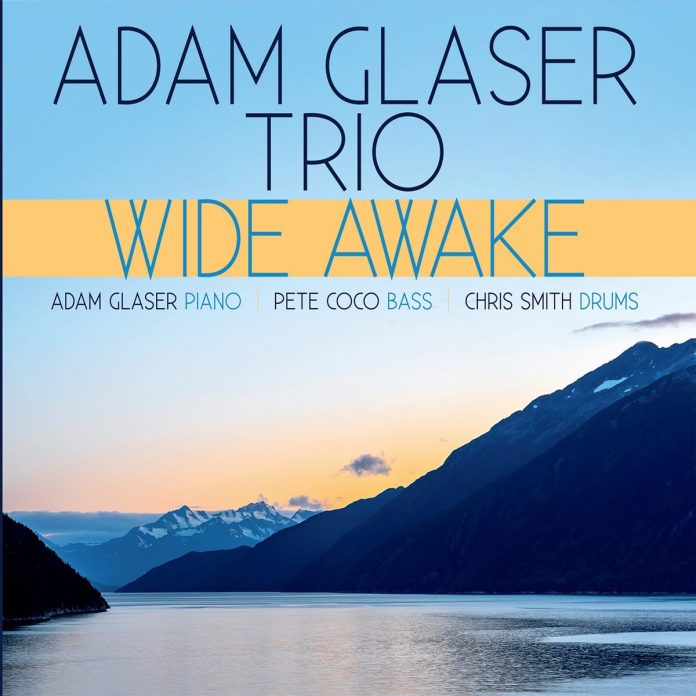 This is Glaser’s debut album as a jazz leader, and with the exception of two tunes, this nicely varied set comprises his own compositions.

The press release tells us that he draws inspiration from Bill Evans and Brad Mehldau, amongst others, but overall Glaser’s style reminds me more of Kenny Barron, with its very deliberate time feel and polite way, and a fairly healthy dose of controlled swing.

Day Trip To Cologne and Sacrificial Rhumba are inspired by pieces by Schumann and Stravinsky, respectively, nodding to Glaser’s substantial background in orchestral composition. The beginning of the melody for track two (November) is reminiscent of the standard tune I’ll Remember April, but then ventures off in a direction of its own.

The introduction for True To You is reminiscent of some of Kenny Kirkland’s voicings, and has a nicely dramatic ending. Speaking of introductions, Glaser also does a nice one for the closing track, My Romance.

Coco and Smith offer a great foundation for Glaser, and some nice solos, but it doesn’t feel as though there’s a great deal of interaction in this trio – it seems more a case of leader plus support.

It’s a good debut, but in an already overcrowded trio market, there doesn’t seem to be much here that marks them out as distinctive compared to numerous other good trios. Perhaps by taking a few more risks, they might end up with a second album that goes up a gear or two and lifts them above the crowd.

Discography
If You Don’t Mind; November; I Got A Name; Day Trip To Cologne; True To You; Before The Dawn; Sacrificial Rhumba; Lullaby For A Little Boy; My Romance (53.20)
Glaser (p); Pete Coco (b); Chris Smith (d). New York, August 2017 and February 2018.
adamglaser.com