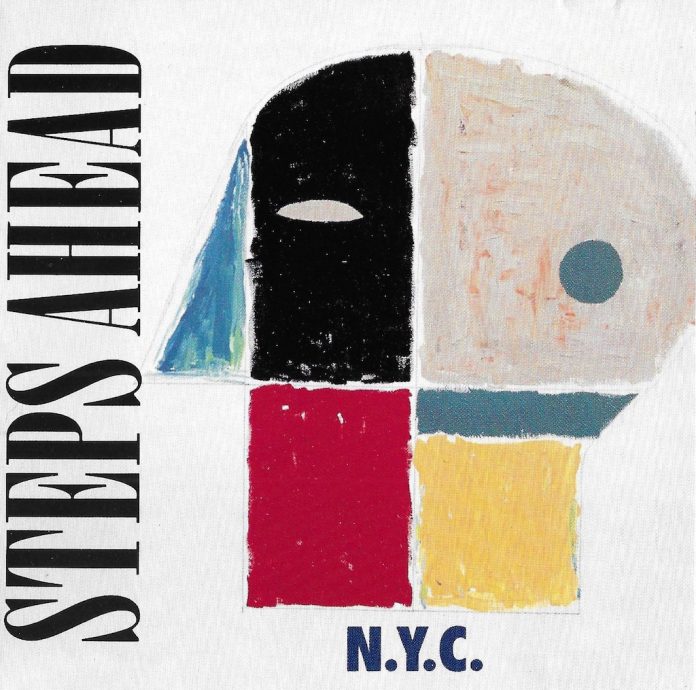 If memory serves, this group was sold as the ‘new’ Steps Ahead when it visited Britain last year. The newness subsists mainly in the personnel, which has changed almost entirely since the mid-eighties. In fact, the only constant is Mike Mainieri, who founded the band in the early 1980s. Its peak was probably around 1984, when Erskine, Brecker and Gomez were in the group. After that it went through a grimly electronic and sequ­enced phase, but now seems to be moving once again towards real-time playing.

There’s little of substantial novelty in the music, however. An enduring characteristic is Mainieri’s marimba-like quasi-African ostinati, which are at best monotonous. A brilliant vibe soloist, he gets his turn here but never stands out as he did on the 1982 Steps Ahead (Elektra Musi­cian 96 01681).

The most striking soloist is the young Scandinavian who simply calls himself Bendik. Not surpris­ingly he often uses the penetrat­ing folky timbres popularised by Jan Garbarek, but, perhaps aware of the band’s history, also does a good line in athletic Brecker-like phrases. He uses a particularly good one on Well, In That Case… the record’s most energetic cut. Influences apart, he paces himself with maturity and confidence.

Compositionally speaking, there’s reason to doubt the appropriateness of the title N.Y.C. I suppose world music is perva­sive these days, but only the opener and the late Miles-ish “Get It” are incontrovertibly American. Even the once funky Steve Kahn (son of Sammy C.) has turned impressionistic.
Mark Gilbert

Ian Lomax - 23 September 2020
As Steve Voce concluded last year in his review of Miles Davis: The Lost Quintet – “lost” is hardly a convincing description when a band has been together some...

Nina Simone: My Baby Just Cares For Me