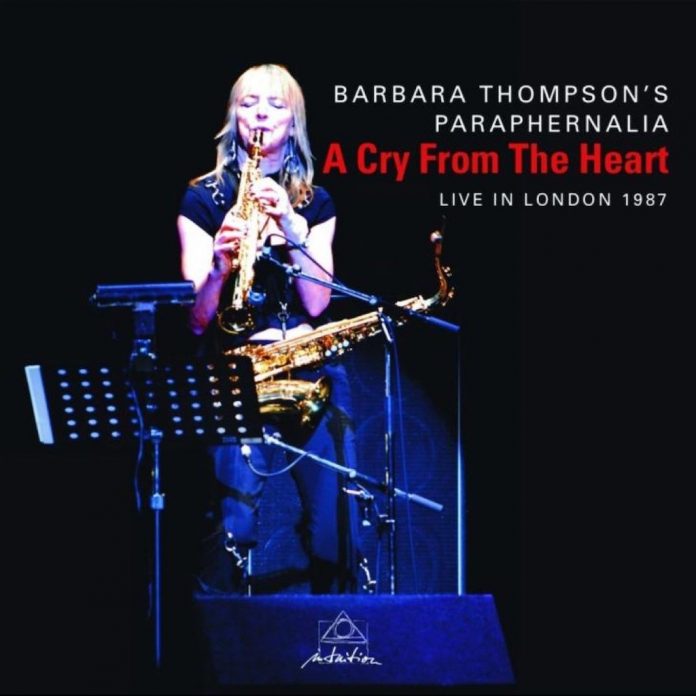 I was pleasantly surprised by this concert recording, most of which avoids the potential banalities of its (largely) jazz-rock idiom and is rich in finely attuned group dynamics, imaginative arrangements and intelligent solos. The controlled sense of drama in Thompson’s upper register tenor work on the passionate Cry suggests some recent, discriminating listening on her part to the likes of Garbarek, Brecker and Sanborn, but her warmly rounded sound and emotional projection remain her own.

L’Extreme Jonction is as good an example as any of Paraphernalia’s general breadth of imagination here: an opening, snappy funk flavour leads into some fine passages of clipped swing and shape-shifting dynamics, before the piece concludes with some infectious, historically broad piano pastiche from Lemer (who, like Dunne, is excellent throughout).

There are some lovely transitions in the alto-led Close To The Edge from tight, punchy riffs to liquid phrases which are reminiscent of Weather Report at their best. When — unusually — the rhythmic base stays constant, as on the reggae-like Out To Lunch, shifts from soprano to flute and back again ensure that melodic interest at least is sustained.

The only disappointment of this excellently recorded concert is the overlong, ostinato-dominated Eastern Western Promise. Jon Hiseman’s climactic, technically impeccable drum solo somehow contrives to make four minutes seem like 40, through the kind of crushing jazz-rock overkill which I had unreasonably feared might dominate the whole album.
Michael Tucker

Nic Jones - 11 December 2021
Liebman and Beirach have been infrequently recording together since 1976, and their work together stretches back beyond that date. Calling their musical partnership empathetic is thus something of an...