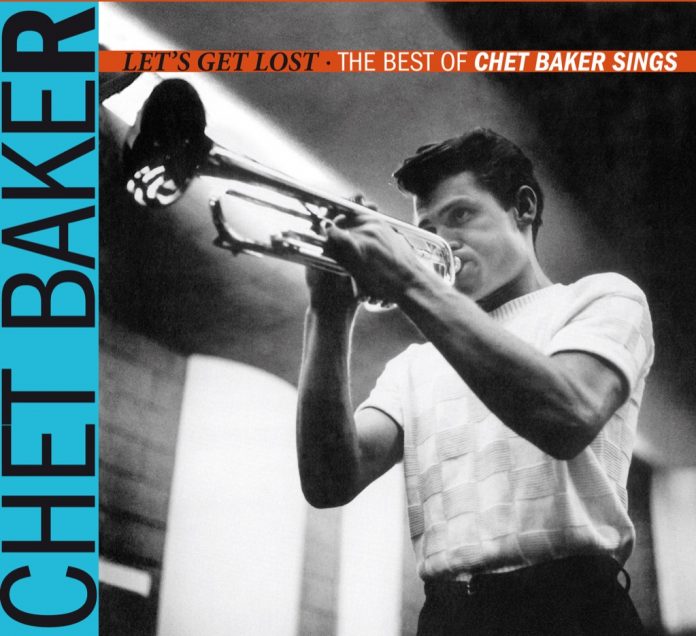 This CD concentrates on the least interesting part of Chet Baker’s musicality – his singing. However, there is clearly a market for what he has to offer in that department because these early sessions (1953-1956) are regularly reissued.

It was his idea to record an album of vocals and Dick Bock of Pacific Jazz reluctantly agreed although his colleagues on many of these selections – Russ Freeman, Carson Smith and Bob Neel – all had reservations about his vocal abilities.

On hearing Old Devil Moon (not available here) in a Blindfold Test, Dinah Washington’s reaction was similar to most musicians when she said “Is that a singer or someone just kidding? I don’t know who it is but the diction is terrible. I can’t rate this and I can’t imagine who it was unless it was Chet Baker”. This didn’t stop the readers of Downbeat magazine in their wisdom from voting him the top jazz vocalist of 1954.

His first vocal on a number closely associated with him – My Funny Valentine – is heard here. Many of these selections like But Not For Me, There Will Never Be Another You, Look For The Silver Lining, Just Friends and I Remember You became regular parts of his repertoire over the years.

His lyrical trumpet occasionally helps to lift the gloom of his bland, unemotional delivery but there are far better examples of his early work as a leader to be found on his quartet albums with Russ Freeman and his sextet date with Bob Brookmeyer and Bud Shank.

Discography
The Thrill Is Gone; But Not For Me; Time After Time, I Get Along Without You Very Well; There Will Never Be Another You; Look For The Silver Lining; My Funny Valentine; I Fall In Love Too Easily; Daybreak; Just Friends; I Remember You; Let’s Get Lost; Long Ago And Far Away; You Don’t Know What Love Is; That Old Feeling; It’s Always You; I’ve Never Been In Love Before; My Buddy; Like Someone In Love; My Ideal; Everything Happens To Me; Let Me Be Loved; Line For Lyons; Let’s Get Lost (alt) (77.26)
Baker (t, v) with, collectively:
Phil Urso (ts); Bud Shank (f); Russ Freeman, Bobby Timmons (p); Carson Smith, Joe Mondragon (b); Shelly Manne, Bob Neel, Lawrence Marable (d). Los Angeles, 1953-1956.
American Jazz Classics 90261