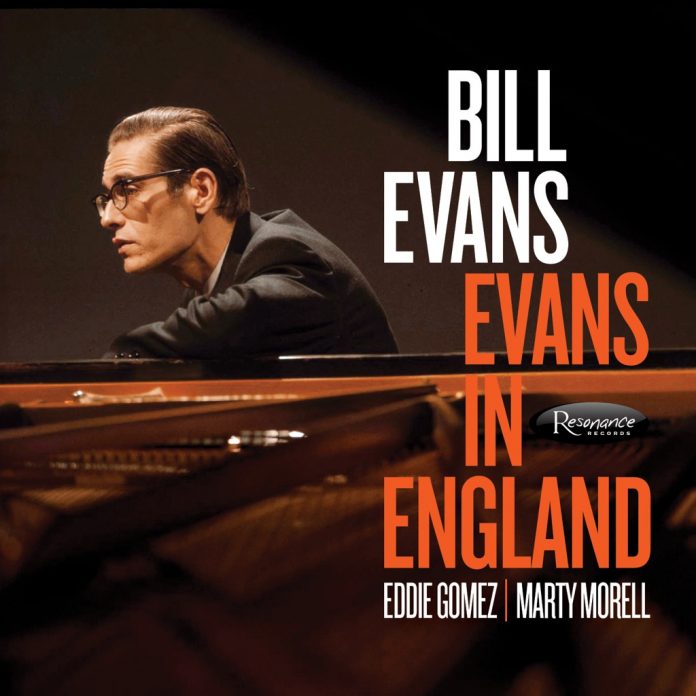 Far out on devotion’s spectrum are those who would snaffle every bar of a great musician’s output and consider it golden no matter what. “Live” recordings, especially unscheduled ones, are included even when the playing falls below par and the sound engineering is eccentric or incompetent. No reputation was automatically enhanced by such enthusiasm.

This two-CD album of the Bill Evans Trio at Ronnie Scott’s in 1969 was compiled from bootleg tapes at the end of a year when the Evans trio was exceptionally busy in the USA and Europe and the leader was living with heroin addiction. The Resonance label’s Zev Feldman says no-one knew for certain where this particular “trench coat tape-collector” had smuggled in his mike and recorder or even – risible this – whether the music on the tape was indeed by the Evans trio. Eventually Resonance got hold of them, established the facts, and made sure the Evans estate, drummer Marty Morell and bassist Eddie Gomez received due recompense.

The tape collector, Leon Terjanian, was a carpet importer from Strasbourg, and knew Evans. Considering what might have resulted from crude and clandestine recording, these tracks are not half bad. The playing mostly transcends technical misgivings but is not everywhere well served by them.

At Scott’s, the aim is fully achieved from the start on Our Love Is Here To Stay, with all the other uptempo numbers and the grace of slower ones easing the louring atmosphere that sometimes threatened to envelop an Evans set when emanating from tunes such as Elsa and Sugar Plum. Even those, in addition to My Foolish Heart and What Are You Doing The Rest Of Your Life? capture the feeling that some standards came into their own only when Evans played them. Gomez and Morell are not just Evans’s mode of transport but also his fellow passengers with things to say on route. They are said abundantly on a version of So What that whips along without nostalgia for a decade-old Kind Of Blue.

Discography
CD1: Our Love Is Here To Stay; Sugar Plum; Stella By Starlight; My Foolish Heart; Waltz For Debby; ‘Round Midnight; The Two Lonely People; Who Can I Turn To? (When Nobody Needs Me) (55.26)
CD2: Elsa; What Are You Doing The Rest Of Your Life?; Turn Out The Stars; Re: Person I Knew; Goodbye; Come Rain Or Come Shine; Very Early; So What; Midnight Mood; Polka Dots And Moonbeams (56.03)
Evans (p); Eddie Gomez (b); Marty Morell (d). London, December 1969.
Resonance Records HCD-2037

Gordon Jack - 26 June 2022
Frequently reissued over the years, and here in a limited edition, this album was Chet Baker’s first USA recording after a six-month European tour. His lyrical playing had acquired...