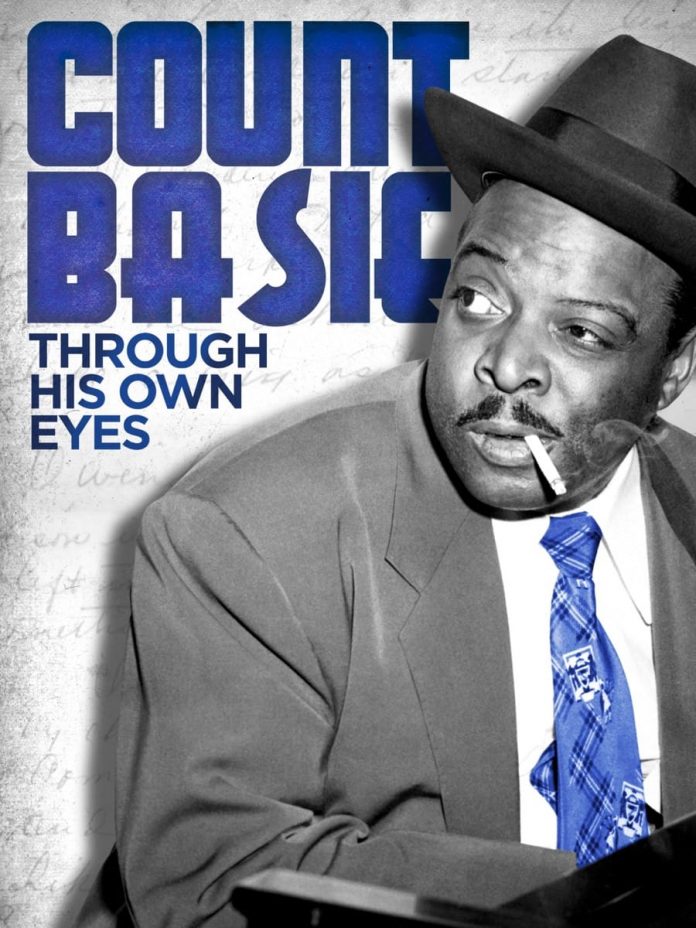 This is an excellently assembled documentary which tells us a good deal more about Basie as a person than could be gleaned from his autobiography.

The makers had access to some private letters and home movies and the latter are particularly useful in conveying the warmth of the relationship between Basie, his wife and their only child – a severely handicapped daughter. To see Basie playing with his daughter in the family swimming pool or indulging in a bit of clowning for the camera is to discover new dimensions to a man most familiar to us as the occupant of a piano stool.

Further insights are provided by people who knew Basie through music. Saxophonist John Williams offers some valuable comments on Basie’s modesty and his avuncular relationship with his band while several contributions from Quincy Jones are all pertinent and revealing. Critics Gary Giddins and Will Friedwald make conventional points but more lively and more interesting are some people who knew Basie as a neighbour rather than a musician.

The expected chronological structure has plenty of narration in Basie’s own words, read in an entirely appropriate voice by one Clarke Peters. Some archive film, unrelated to music, backs the narration where appropriate but of course we see a great deal of Basie at the piano with bands both early and late.

As is usual with this type of documentary, music is presented in fragmentary form and I was disappointed when Billie Holiday singing God Bless The Child with the early 40s band faded away in the middle. Fortunately there are plenty of complete Basie performances on DVD for those prepared to seek them out.

Writer and British resident Bonnie Greer is a commentator brought in here to make some socio-political observations because Basie’s wife, Catherine, was active in fund-raising for various causes. At one time apparently, in spite of having received a letter of appreciation from Martin Luther King, she had problems with the Black Panther movement because of her very light skin.

This is of course the kind of topic Basie had no intention of visiting in his autobiography. There’s one very revealing clip here of the excerpted end of an interview. The interviewer points out that Basie has said very little about his personal life and he makes it forcefully clear that his intention was exactly that. Fortunately for those of us curious to know more about him this documentary has much to tell us. According to John Williams, when Basie was asked how he’d liked to be remembered he didn’t say “as leader of a great band” or “as a famous jazz pianist”; he just said “as a nice guy”. And so he surely was.

Michael Tucker - 23 January 2022
Pius Baschnagel is the excellent, kicking and swinging, colouring and listening drummer on the Zurich Jazz Orchestra's recent Dedications, a recording which my review deemed worthy of comparison with...