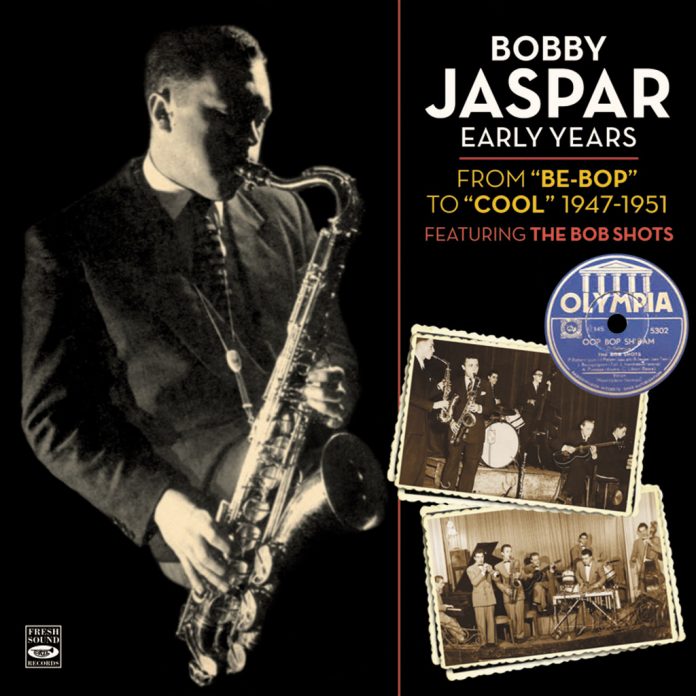 Like the UK Proper box sets, Fresh Sounds is known for delving into the history and background of artists, producing comprehensive and informative booklets. This is no exception, chronicling the early development of Belgian saxophonist Bobby Jaspar.

Starting in the mid 40s, Jaspar was a member of the Bob Shots, playing in a swing style similar to Ellington’s small groups. However, like many of their contemporaries in Britain, some of them adopted the tenets of bebop and this was consolidated by the arrival in Europe of players such as Don Byas and Lucky Thompson, early influences on Jaspar’s playing (as heard here on the 1948 version of Body And Soul).

Although the very early recordings are rough and slightly raucous at times, their enthusiasm can’t be faulted and the solos of both Jaspar and trumpeter Jean Bourguignon stand out for their thought and control. It’s also an indication of how much they had progressed when hearing Jaspar’s composition Boppin’ For Haig, presumably a reference to the American pianist.

Soon after, Jaspar relocated to Paris and his style veered towards that of Lester Young, Warne Marsh and Stan Getz. The four tracks included here from 1951 demonstrate this; a quartet with Henri Renaud, Pierre Michelot and Pierre Lemarchand, playing with ease and fluidity, gives a taste of what was to come; just listen to How About to hear a rich and imaginative extended solo from the tenor player. They show Jaspar’s potential which was to come to realisation with his own successful groups and resulted in his work with his wife Blossom Dearie, Miles Davis, John Coltrane, JJ Johnson, Donald Byrd and many others.