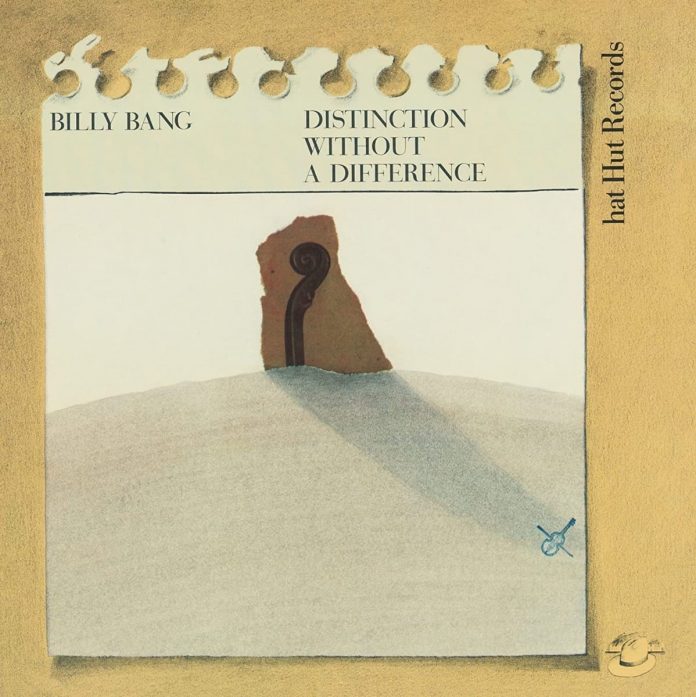 Developing further upon Leroy Jenkins’s conceptual advancements, Billy Bang has pro­duced here a very impressive album. His style is far removed from the familiar Coltrane and classical fusion of Ponty, Seifert and Lockwood, or the polished but shallow lyricism of Stephane Grappelli: his sound is muscular and bluesy.

Some of the music sounds at least partly preconceived (in particular, the title track and Theme From Masters), but the thematic material, often simple in con­struction, mostly serves as a stepping stone for the violinist’s rich and well-formed improvisations.

The tricky double stopping passages closing Distinction, and the structural logic of his playing on Loweski (the only track that swings in a conventional sense) reveal a profound improvisor whose fluent technique never impedes true creative thought. Furthermore, the magically joyful variations on the familiar tune of Skip To My Lou are not only irresistible fun, but also confirmation of his harmonic audacity.

‘Distinction Without A Dif­ference’ is Bang’s most mature recording to date. Indeed, since Bang’s roots are so deeply steeped in the tradition of black American music, it is he, rather than the more acclaimed Didier Lockwood, who should prove to be the next great violinist on the jazz scene.

Matthew Wright - 31 October 2021
Since seeing this pairing at the Pheasantry, pre-Covid (review August 2019), things have changed, but the arrival of this CD has been a reassuring constant. At the time, I...