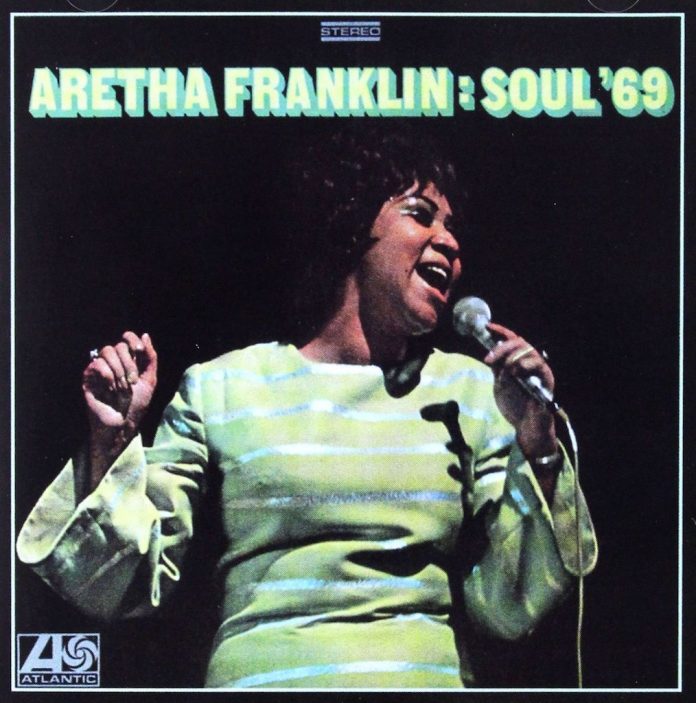 If any readers doubt Aretha Franklin’s claim to Dinah Washington’s crown, this album should convince them. It finds her in good voice, with more sophisticated accompaniment than of late. One is of course immediately cynical these days of such all-star personnels as gathered here, and indeed the arrangements are not greatly inspired, but are played with bite and add some body to the proceedings. The solo and obbligato is not used as much as one may like, though there are some fittingly earthy spots by Dave Newman, King Curtis and Joe Newman. Five of the tracks are blues, of which Ramblin’ (a Big Maybelle variant of Key To The Highway), Today (a remake of one of Aretha’s earliest and most moving recordings) and Pitiful are the most successful cuts on the album. The suicidal theme of Percy Mayfield’s River’s Invitation does not seem to be fully grasped by Miss Franklin, however.

Crazy is the only real ballad performance, and must be counted as the singer’s best ever performance in this genre. Surprisingly she doesn’t get to grips as much as she might have done with the Kay Starr/Dinah Washington favourite I’ll Never Be Free—no doubt a tougher, less ponderous backing would have helped. Tracks, Gentle and Butterfly are in a more usual commercial bag, but superior pop performances.

On the whole this is not such an exciting set as the admittedly more commercial “Aretha In Paris’ recording, but is well worth the attention of jazz collectors who are still mystified at the fuss over Miss Franklin.
David Illingworth

Fred Grand - 19 April 2021
Lassen’s 2019 Jazzland debut Eventyrer was quite a statement, and I was struck both by its gritty authenticity and the way in which old and new currents in Scandinavian...