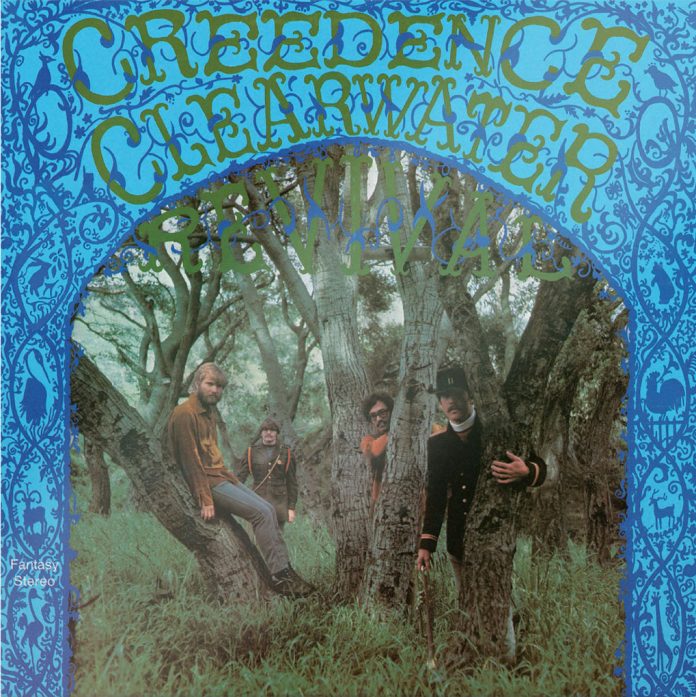 Creedence Clearwater Revival may represent something of a departure for a Jazz Journal review but there are many jazz and blues connotations in these two LPs. In any event, many contemporary players seem to have adopted country as a branch of jazz.

CCR come on strong on their eponymous debut, with thrusting rhythm pounding out on every selection and strong guitar and harmonica solos. The album featured one of their earliest hits, Susie Q, written by Dale Hawkins the rockabilly singer from Little Rock, Arkansas and it keyed in well with their country blues from the Mississippi Delta style. Born On The Bayou makes the case even stronger although in fact these rock musicians were from San Francisco, the centre and melting pot for contemporary rock bands in the late 60s.

Shades of Chicago blues can be heard in lead guitarist John Fogerty’s more aggressive improvised guitar solos. Fogerty is in top gear on Born On The Bayou from the group’s second LP Bayou Country, and most persuasively Delta bluesy on Graveyard Train which, like the later Keep On Chooglin’ at the end of side two on the second record, is almost pure country blues with a sturdy rock beat.

Fogerty exercises his sandpaper vocal to good effect on Good Golly Miss Molly and apart from one snappy improvised guitar solo this is pure rock & roll. Penthouse Pauper and Proud Mary, another early hit, is a mixture of both.

Although John Fogerty was CCR’s arranger and main soloist and wrote much of their material, there were strong contributions, usually collectively, from Tom Fogerty on rhythm guitar, Stu Cook on bass and Doug Clifford, a powerhouse on drums. The driving rhythm gave this group a foundation that many rock bands of the time lacked. CCR were certainly one of the best and most successful of the time.

The Mississippi blues influence comes mainly from John Fogerty’s love of the old master bluesmen in that area; he visited frequently and worked hard to promote the work of Robert Johnson. Other influences to be heard in their music were Howlin’ Wolf, Muddy Waters, Lead Belly, Hank Williams, Chuck Berry and Little Richard.

These two LPs are presented in exact replica covers of the original Fantasy releases and have been half-speed mastered for clear, clean sound by Miles Showell at London’s Abbey Road Studios. They probably sound better than the original releases given the exacting mastering and today’s audiophile 180-gram vinyl. Jazz recording engineers please copy!