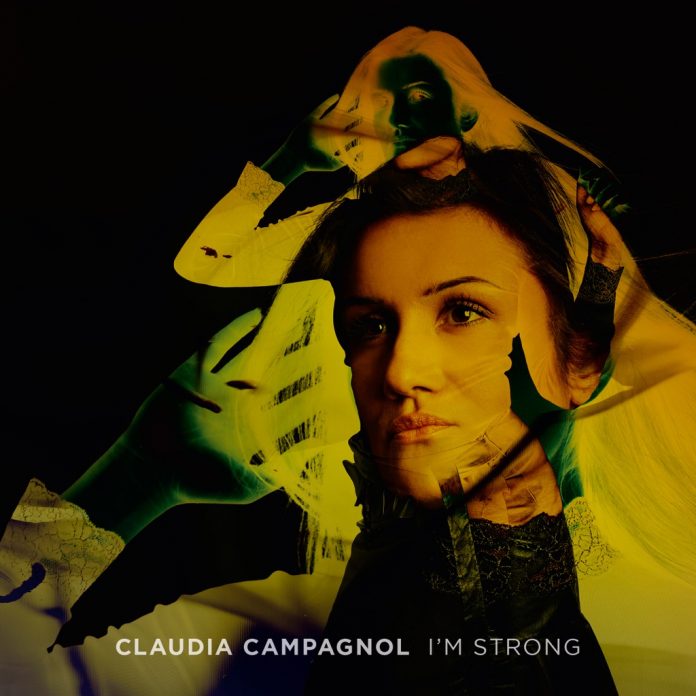 The title of Claudia Campagnol’s debut album is appropriate as she is indeed possessed of a strong vocal talent. She’s also a highly gifted multi-instrumentalist, composer and lyricist.

Born in Budapest in 1987, Camagnol was a child prodigy, playing the piano at four years of age. Her family moved to Sweden where her parents were professional musicians and by the age of 12 she’d made guest appearances at their gigs. Her road to Damascus experience was discovering her father’s collection of Chick Corea, John Patitucci and other fusion albums. One evening, having played music by Herbie Hancock and Wayne Shorter, she woke in the small hours and rapidly wrote down a tune which she’d heard in her head. This was Rainbow Dreams which is included on this album. She was 12 at the time.

After graduating from Malmö Academy of Music she became an established singer backing the likes of Stevie Wonder. She moved to Copenhagen where she met her Swedish-Italian husband, Niclas Campagnol who plays drums on this album. In 2017, Campagnol was a finalist in Denmark’s Young Jazz competition.

The opening of For Her sports a brief but virtuosic solo from guest Gerard Presencer on flugelhorn and similarly Gábor Bolla contributes a short, bluesy tenor saxophone solo on the start of Do You Love Me. The multi-tracked vocals on It Makes Me Glad mingle with swirling keyboards resulting in an out-and-out pop song, albeit an appealing one. Bassist Jimmy Haslip and drummer Vinnie Colaiuta make a single appearance on Conquer The World adding their substantial fusion backline presence and the song’s shifting time signatures add piquancy with Campagnol’s keyboard work here being particularly impressive.

Perhaps the real surprise is the inclusion of the standard Smile, composed by Charlie Chaplin, one of Campagnol’s heroes, which is given an ebullient treatment. The material presented here consistently comprises easygoing soul-infused songs but they are unquestionably engaging and inventive. Whilst never an over-demanding listen, I’m Strong is excellently produced, successfully showcasing Campagnol’s resourcefulness and versatility as a musician and composer.

Discography
All Through You; I’m Strong; Do You Love Me; For Her; Conquer The World; Rainbow Dreams; Z-Song; Don’t Let It Die; It Makes Me Glad; It Makes Me Smile (39.04)
Campagnol (v, kyb, b); Niclas Campagnol (d) and others. Denmark, no date.
Giant Sheep Music GSM0432

Brian Morton - 16 March 2020
This duo has been operating for 20 years, sometimes with other hands involved, mostly, though, in an idiom quite of their own. Waltz For Debris on the excellent By...