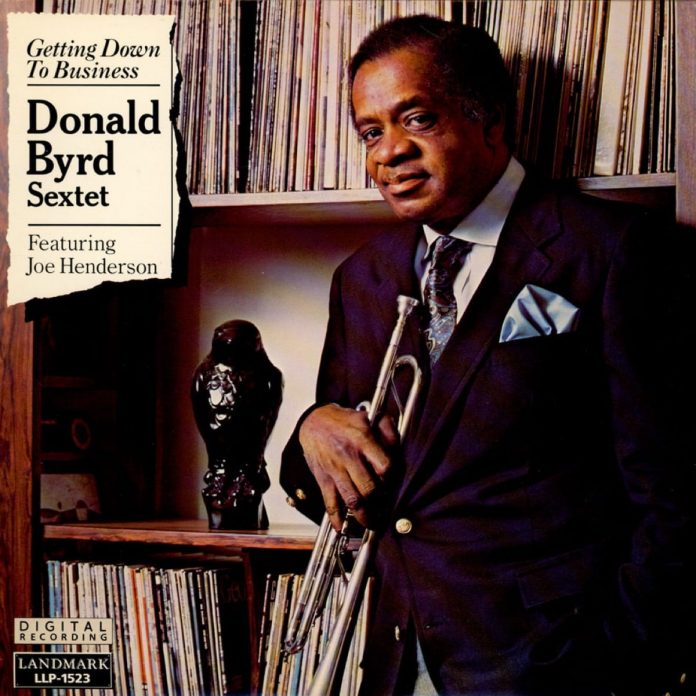 Getting Down To Business is Dr Byrd’s second recording for Landmark, and like the first, Har­lem Blues (Landmark LCD-1516-2), brings further evidence of his return to modern mainstream form.

Although Byrd has talked of re­convening his funk band the Blackbyrds, the only concession to the dance hall here is the ska fi­gure which underpins the opener. Otherwise he is back on the righteous road, and Rudy Van Gelder’s classy production helps complete the period picture.

However, with the exception of the jangly Ornette/Monk-ey busi­ness of The Onliest – perhaps one of the most absorbing pieces here – the pace is elegant and restrained by comparison with the kind of hard bop Byrd played with Art Blakey. Even the often grainy Joe Henderson has softe­ned, sounding uncharacteristically smooth, almost Getzian, on That’s All There Is and I Got It Bad. Pianist Donald Brown sus­tains the delicate mood, mostly recalling the pretty touch and phrasing of Byrd’s old Blue Note sideman Herbie Hancock, but also hinting at the darker textures of McCoy Tyner.

Amid all the retrospection, the skirling, harmonic chicanery of Kenny Garrett betrays the ses­sion’s true vintage. He is one of the most distinctive of the current crop of young American sax­ophonists, his contributions con­taining barely a hint of the Bird song which was de rigueur for so many Blue Note altoists.

Betsy Bell - 03 November 2020
Scottish guitarists Malcom MacFarlane and Ross Milligan have created an oasis of serenity with their 10 new, mainly acoustic compositions. With the two of them composing half the tracks...