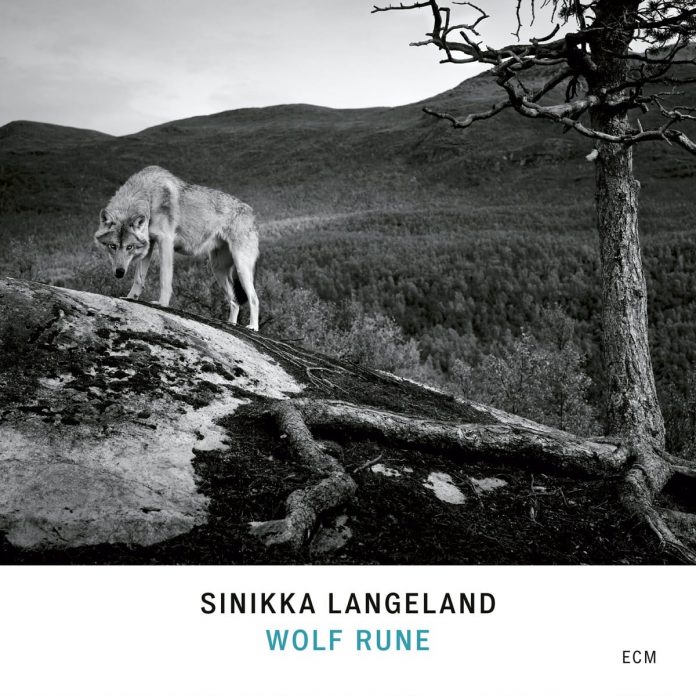 “I have seen the cups and tables of Plato, but never his cupness and tableness”. So said Diogenes many moons ago. Fast forward to the mid-1970s and a Downbeat take on Dansere, the second album on ECM to be released by the Jan Garbarek / Bobo Stenson Quartet – and, incidentally, one of my all-time favourite recordings. Mikal Gilmore’s (mostly positive) review ended with the plea: “C’mon, guys: swing just a little.”

But how? And why, necessarily? It’s getting on for half a century since Dansere and the questions concerning what makes a piece of music “ jazz” (or not) have increased exponentially. Norwegian musicians have made a special contribution here, with the post-Garbarek/Rypdal generation contributing much to the expansion of what one might call “jazz at the margins”. Think of Mats Eilertsen, Frode Haltli, Arve Henriksen, Nils Økland or Christian Wallumrød, for example. Born in 1961, Sinikka Langeland – the Norwegian vocalist and virtuoso of the Finnish kantele, or plucked monochord – exemplifies this development.

Langeland has a rich background in the folk music of her native land. She has worked regularly with Henriksen (t) and Trygve Seim (s), Swedish bassist Anders Jormin and Finnish percussionist Markku Ounaskari, all of whom appeared on her previous (and excellent) ECM releases Starflowers, The Land That Is Not and The Magical Forest; Seim and Ounaskari also featured, with Lars Anders Tomter (vla), on her album The Half-Finished Heaven. It would be hard to contest the claim that working with such a stellar array of contemporary, chiefly jazz-inflected improvisers has had a fructifying effect upon Langeland’s poetics.

Just as a musician like Paolo Fresu has drawn stimulation from aspects of the traditions of his native Sardinia, so has Langeland dug deep into the sub-soil of her beloved Finnskogen, the “Finnish Forest” of south-eastern Norway, to create something at once primal and fresh. Folk-fed and jazz-touched, inflected by animism and Christianity alike, this is ultimately a category-eliding music, where composition and improvisation are held in fine balance. In an art of exemplary timbral and dynamic sensitivity, poetic overtones are much to the fore – as one might infer from Langeland’s empathy with such distinctive Nordic poets as Edith Södergran, Olav H. Hauge and Tomas Tranströmer, pieces of all of whose work she has set to music.

The solo release that is Wolf Rune is arguably her most resonant music to date. Langeland’s pure, now intimately pitched, now expansive vocals and unforced command of a range of plucked tones and overtones from a number of (sometimes bowed) kantele combine quite magically, in a range of mythically re-charged configurations of space and time.

Traditional folk dance and religious melodies, incantations and spells, rune songs and laments flow as from one generative spring in a recital where the 13th-century mystic Meister Eckhart rubs shoulders with the contemporary Norwegian writer Jon Fosse and Langeland’s own potent pieces. Sample Winter Rune and the title track for prime examples of the consummate command of space, timbre and tone, subtle yet compelling rhythmic momentum and haunting vocal invocation which mark this music.

Some may yet ask “But is it jazz?” I have a fair idea of what Don Cherry – who first encouraged Garbarek and his compatriots to “look into their own backyard” all those years ago – would have said in response.

Beautifully packaged, with all texts translated into English and excellent booklet art from leading Norwegian painter Tore Hansen, this is, quite simply, a wonderful album.

Discography
Moose Rune; Polsdance From Finnskogen; Row My Ocean; Kantele Prayer I; The Eye Of The Blue Whale; When I Was The Forest; Kantele Prayer II; Winter Rune; Don’t Come To Me With The Entire Truth; The Girl In The Headlands; I See Your Light; Wolf Rune (42.11)
Langeland (various kantele, v). Oslo, December 2019.
ECM 354 2600