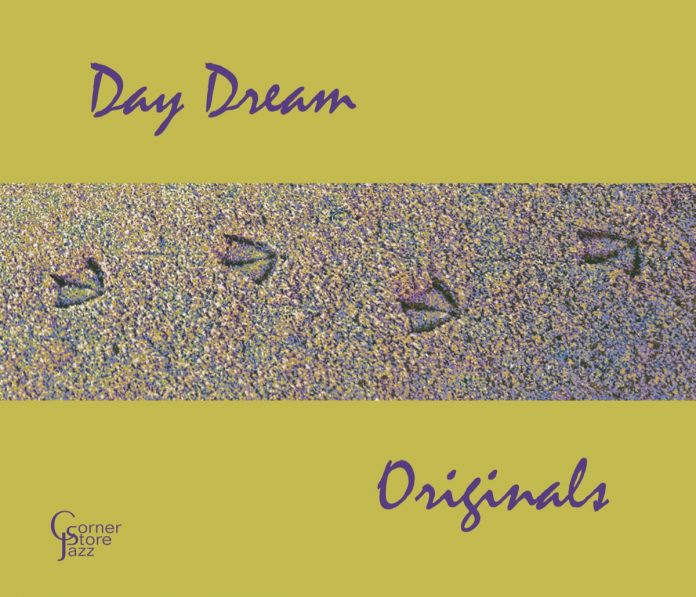 Originals, the Day Dream trio’s third record of this decade, focuses on all original material, composed by pianist Steve Rudolph, bassist Drew Gress and drummer Phil Haynes. Having worked together empathetically, these three musicians hoped to expand and explore their collective capabilities with this third album, through their untethered, distinctive voices, not fixed to one particular genre or style.

Perhaps, as Rudolph comments, their “very sympathetic approach to music” is due to their longstanding history: Haynes and Gress have worked together since the mid-80s in New York, and Haynes and Rudolph met just after the turn of the millennium. Gress’s understanding of leading ensembles, and Haynes’ “adventurous spirit” combine to shape their escape from reality into this transcendent music. The album also benefits from Rudolph’s experience as producer, arranger and performer on many recordings over 50 years of professional music making.

Originals proves to be an adventurous yet nonetheless lyrical and exciting album. Individually these three musicians exhibit elegance, versatility, and unpredictability, qualities that radiate through all 10 tracks. There’s a diverse range, from the most touching of tracks, Rudolph’s Last Lullaby, bittersweetly lamenting the end of something, to the abrupt funk laid out from the very start of Gress’s Spell.

Perhaps the most intriguing memory attached to one of these compositions is Gress’s Vesper, which stands as a recollection of evening prayer during his Catholic upbringing; the track does not obviously convey these connotations, suggesting a striking and perhaps unusual relation between the bassist’s spirituality and jazz.

Overall, the individuality of this piano trio proves to be one of the most compelling aspects of Originals, making it a huge delight to immerse oneself in, again and again.

On his Edition Records debut the range of Potter's musical prowess is stretched somewhat, because besides his usual tenor-playing he’s also on soprano, clarinet,...

Thanks to its anchoring by Alyn Shipton, BBC Radio Three’s Jazz Record Requests has a permanency in the jazz calendar bestowed on it by...

Just occasionally a jazz solo becomes so well known that it transcends boundaries and becomes absorbed into the mainstream of popular music. Bobby Hackett...

Perhaps the most exciting performance of the day was that of guitarist Keith Rowe and drummer Eddie Prevost. Music of appalling originality, their set...