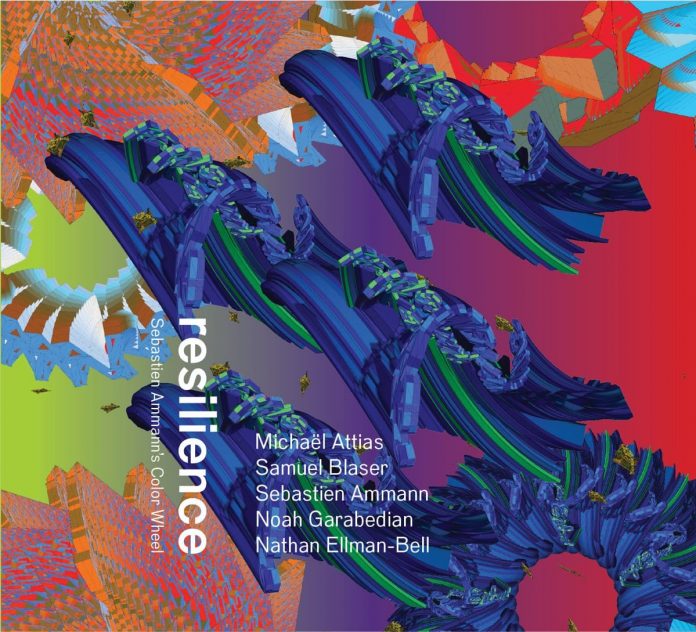 Prior to Color Wheel’s eponymous debut on Chris Speed’s Skirl Records in 2017, I knew very little of Ammann’s music. The Swiss-born pianist’s career took root in Europe, but after a period of study in New York he decided against making the return journey.

Recent projects have included the quartet with saxophonist Ohad Talmor heard on Samadhi (Fresh Sounds, 2013), a stint on Hammond B3 in the rock-based Gary Douglas Band, and a some rather more exploratory collaborations with improvisers Kris Davis, Tony Malaby and Gene Ess.

Opening with the kaleidoscopic Yayoi, the piece was inspired by Japanese visual artist Yayoi Kusama. Reflective dream-like passages connect fluidly with angular rhythmic passages, where individual expression is given free rein. At almost 12 minutes in length Untangled has time to cover a phenomenal amount of ground. Its dancing opening theme spins like a graceful Calder mobile before Blaser takes an ebullient solo which runs the entire range of his horn. Attias then follows up with a fiery solo which moves from fluid post-bop to skronk, but Ammann’s clearly delineated compositional structures somehow survive the challenge unscathed.

Castello Di Traliccio introduces Ammann’s Rhodes, and its echoes of early electric Miles create a pleasingly warm afterglow. The title track is a modal meditation fashioned after John and Alice Coltrane, while Carla Bley’s King Korn skilfully traverses the line between Tristano and Paul Bley without ever being too reverential. The spatially disorienting installations of visual artist Fred Sandback inspire the extraordinary closing track Pedestrian Space. An experiment in intersecting metres, it is by some stretch the most conceptual of the nine pieces.

Resilience is at once stretching and accessible, and Ammann’s tight-knit group have succeeded in finding that sometimes elusive “sweet spot” between freedom of expression and structural integrity.

I'm not sure how this happened, but I was unfamiliar with Joe Lovano and Dave Douglas's Soundprints quintet, a tribute band to Wayne Shorter. Their debut...

Mention last time of my jazz-book discovery in Appleby (The Penguin Guide to Jazz on CD, by Cook & Morton, awaiting liberation from The...

The first edition of The Jazz Standards (2012) received unanimous praise from such critics and performers as Will Friedwald, Gerald Early, Dave Brubeck and...

If there is one way in which jazz musicians prove to be superior to critics as human beings it is in the fact that...

"Resilience is at once stretching and accessible, and Ammann’s tight-knit group have succeeded in finding that sometimes elusive ‘sweet spot’ between freedom of expression and structural integrity"Fred GrandSebastien Ammann’s Color Wheel: Resilience
Advertisement