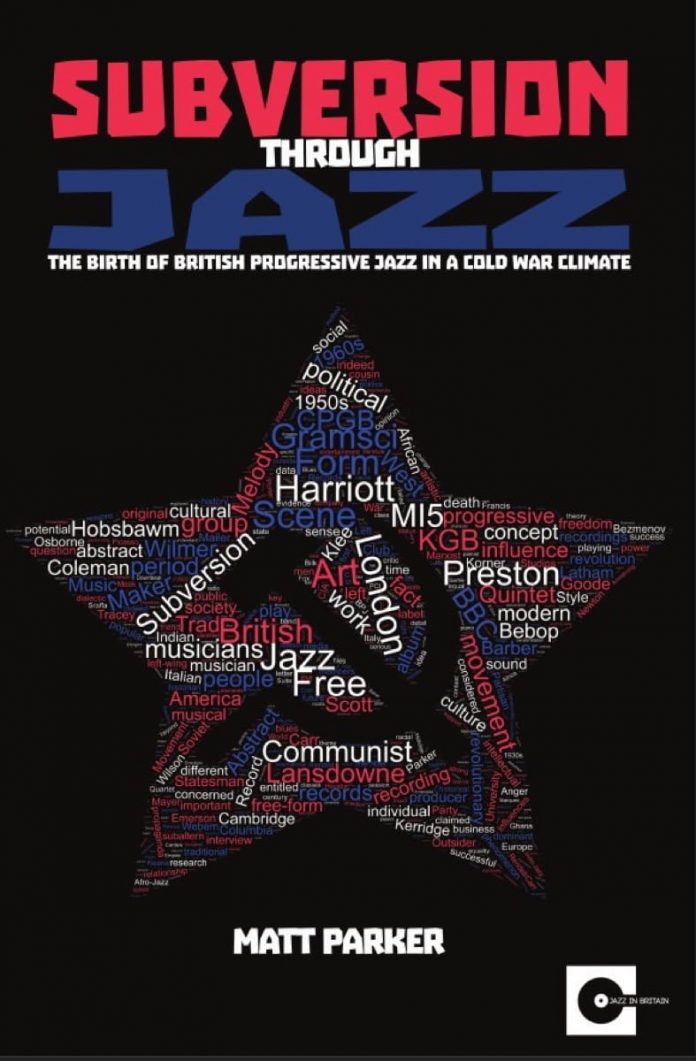 Broadly speaking, Parker sets out to evaluate the influence of left-wing politics on the development of British modern/contemporary jazz (which he terms “progressive” or “BPJ”) from 1956 to 1964. The book includes an examination of the relationships (personal and ideological) between the distinguished Marxist historian Eric Hobsbawm (aka jazz critic and commentator Francis Newton), record-producer Denis Preston and saxophonist, composer and bandleader Joe Harriott, incidentally trawling in Charles Fox, Alexis Korner and John Osborne. It is less about the music itself than the social, political and economic environment that jazz inhabited.

The period Parker covers saw the fading of Teds and Beatniks and the rise of Mods and Rockers. Trad (as distinct from the more purist revivalist jazz) rose and fell. “Beat groups” were in the ascendancy. Despite maverick hits like Dave Brubeck’s Take Five, Stan Getz’s Desafinado, Tubby Hayes’s Sally and John Dankworth’s African Waltz, jazz (of any stripe) was less popular than ever.

Parker considers whether BPJ had a subversive/transformational effect on British society by smuggling in left-wing ideology as well as combating racism. Since it had such a minority audience I find it difficult to credit it with much influence on either count. At this time students (often supposed to be radical vanguards of society) were generally more interested in folk (which was sometimes left-leaning) or newly-developing forms of pop music. The likes of The Beatles and The Rolling Stones were anti-establishment, anarchist in the corrupted popular sense of rejecting established values, but certainly weren’t left-wing in any socialist, let alone Marxist, sense. Yet that generation did change society, for better or worse. (Many high-profile “alternative” figures of 60s/early-70s “youth culture” all-too-predictably became greedy entrepreneurs and rapacious capitalists once profits started flooding in and formed a new establishment, whilst multi-millionaire pop musicians began to whinge about paying Denis Healey’s “super-tax”, or paying tax at all if they could avoid it.) The point I’m labouring (excuse the unplanned pun) is that jazz, regardless of left-wing supporters and participants, had little influence on popular culture and values compared with pop music. Whilst jazz had (nearly) always been against racism it was the growing popularity of genres like blue-beat, ska and (later) reggae, and blues-soul and new-wave R&B (e.g. Stax and Motown) that fostered better integration.

Whilst most jazz musicians seemed outside the mainstream of society, often at odds with its conventional values and outlook, it was a kind of “bohemian” individualism that sustained this, not socialist doctrines. Later, in Europe (maybe especially Britain) a form of left-wing ideology did become central to free improv, splintering off from jazz. Groups were determinedly collective and democratic, with no leader, no front-line/back-line hierarchy and no pre-imposed structures or directions. Distinguished figures in this genre included drummer Eddie Prevost, whose writings are as stimulating as his music.

Whatever, the CIA and MI5 seemed to see jazz (or the culture surrounding it) as a threat to decent Western values. Conversely, as Parker also chronicles, the ostensibly Marxist-Leninist Soviet Union regarded jazz as a serious threat to Communism whilst people in several USSR satellite countries embraced it as the sound of freedom precisely because Russia wanted to suppress it. Poland in particular produced a lot of fine jazz. It is suggested that Moscow wanted to encourage BPJ as a way of weakening British social and cultural values.

By coincidence I had recently unearthed an article in Jazzwise (January 2004) which quoted bassist Gary Crosby as having been concerned at the time that Harriott had been badgered into taking left-wing stances, but that is not the same as saying he and his music were pawns in some Cold War engagement.

Harriott seems to have been interested in existentialism, understandably something of a go-to philosophy in the era of the Cold War and nuclear competition, as well as the transcendentalism of the 19th-century sage Ralph Waldo Emerson, which more likely shaped his attitudes than Eastern-bloc politics. Possibly more significant than any of these was his appreciation of abstract painters like Kandinsky, Picasso and Klee. Kandinsky and Klee were both musically trained and had commented on parallels between painting and music, and Klee had spoken of “not form but forming … in the process of becoming” which could be applied to Harriott’s approach to music. Parker properly focuses on the differences between Harriott’s free-form experiments and Ornette Coleman’s free jazz rather than on any coincidental similarities.

As a pioneer of free jazz as well as BPJ, Harriott would have drawn on other sources of inspiration than pseudo-bohemian “red menaces”. Parker describes the interaction between traditional and modern players during the period he covers, pointing out the contrast between the collective improvisations of traditional jazz and the star-soloist-focused modernist approach and how the former may have influenced the latter. Of course, US free-jazz/avant-garde players like Archie Shepp often cited the New Orleans roots and parallels as proof that he and his colleagues were firmly part of the coherent historical evolution of jazz. If such iconoclasts had non-musical motivations (which they did) the inspirations were more to do with racial inequality, personal freedom and proper respect for artists than socialism.

If I detailed all the interesting hares Parker sets running this review would be almost as long as the book. As my preceding comments may indicate, I often found myself thinking “yes, but …” (and sometimes “yes, and …”) but to be fair, Parker does this quite a bit himself, critiquing his sources’ facts and opinions. He also goes off on some rather odd tangents, including a section about purchase tax and how it could be fiddled. I found the earlier sections a dry read, notwithstanding my interest in the political stuff. For me the book only really came alive during the final third when it focused more on Harriott as a significant artist than an alleged pawn of political game-players and éminences grises. That said, it is thought-provoking throughout and shines an intriguing light into the background of this extremely creative and significant musician who made a significant contribution to jazz developments on the early 60s.

Brian Morton - 28 December 2019
I’ve been negative to the point of harsh about another of Christoph Gallio’s recent projects (Road Works’ Glassware) so this was approached not so much with trepidation – I’ve...