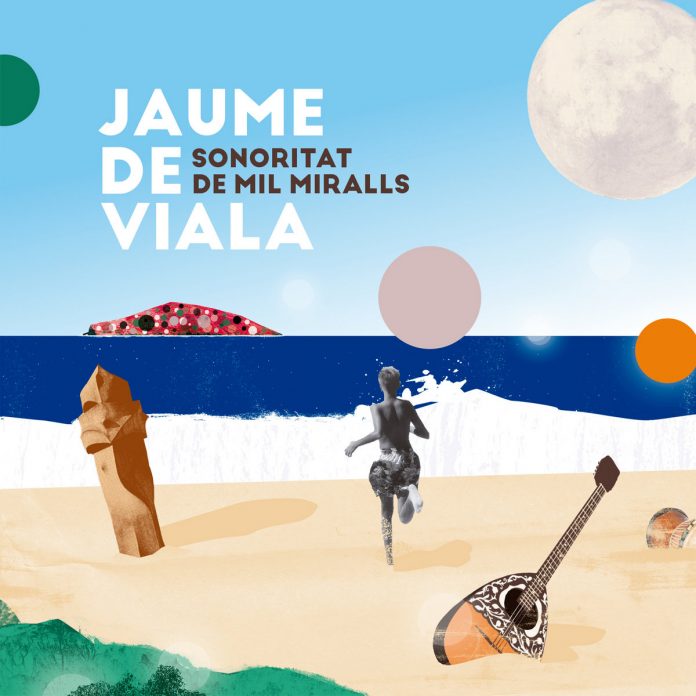 Back in the early 1980s, Jaume De Viala was one of the original members of Salvador Avià’s Celobert Màgic, a band performing music that drew upon traditional forms but was couched in a then contemporary style. This music was labelled as Catalan progressive ethno-fusion, which perhaps means little to those outside Catalonia at that time.

Working in the same region, De Viala has now chosen to revive the essence of the group and its repertoire, but has this time adopted the stylistic form of progressive rock, here and there tinged with jazz and world music. While none of this might convey accurately what is heard, an accompanying press handout suggests that fans of King Crimson and Steve Hackett might be intrigued.

Instrumentally, this is pleasing, romantic and uncluttered music. Heard throughout are guitarists De Viala and Dusan Jevtovic, as well as keyboardists Alvaro Gandul and Vasil Hadzimanov, while Judit Cucala, who was also with Celobert Màgic, sings attractively on several tracks.

In addition to the musicians named below, another 11 appear, mostly each making a single appearance. One of these is Avià, who plays bouzouki on Tresors D’Estiu Perdui. On the songs featuring Cucala, the lyricist is Avià who is also the composer of about 15 tracks, co-composer with Di Viala of two, the others being by Di Viala alone. There is only one song from other sources, George Gershwin’s A Foggy Day, here presented with a Catalan lyric, which is again by Avià.

Very well performed, both instrumentally and vocally, this is always interesting. Those who understand the lyrics will be especially appreciative.

Chris recently announced his retirement, well earned after 70+ years of playing and band leading. This reissued two-CD album, originally put together in 2010,...

Like many other jazz musicians whose wider fame rests on their association with others, Mike Longo, who has died in New York aged 81...

He subscribes to the view that catholic liberalism could account for New Orleans being the most fertile breeding ground Whatever their size, Oliver books seem...