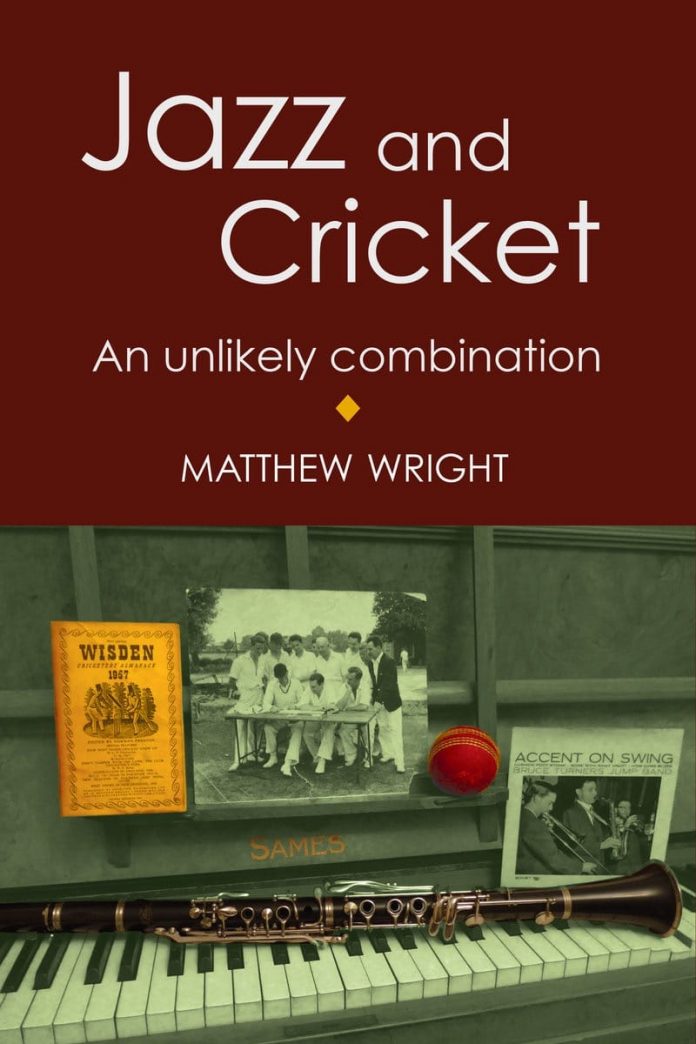 Despite England’s woeful end in the cricket last month against India, Matthew Wright’s new book, drawing on the perhaps unusual yet prevalent connections between jazz and cricket is both insightful and fascinating.

Readers who enjoyed Wright’s comprehensive three-part article on jazz and cricket published by Jazz Journal in 2019 will find a lot more absorbing detail and anecdotes in this volume, making it the perfect read whilst waiting for the jazz clubs to re-open and the cricket grounds to resound with polite applause once more.

Not only does Wright provide a huge historical outline and plentiful background on numerous people, predominantly in the 20th century, both cricketers and jazz musicians, he also showcases the similarities between cricket and jazz more generally. Wright describes how, like jazz musicians, “the cricketer who is constantly exploring new ways of playing, either responding to an opposing batsman or bowler, or attempting to change the direction of the game according to how the player wants it to go. There is a series of events, each single one has possibilities and it is within the context that individuals can express themselves.”

Never before had I thought of likening the framework of a cricket match to that of jazz improvisation and composition, but Wright has successfully and rightly done so. It is astounding to read of the number of jazz musicians who also played cricket (and vice versa), such as trumpeter Leslie Thompson, bandleader and guitarist Vic Lewis and bassist Orlando Le Fleming, to name a few.

Wright’s style is comprehensive and ever-coherent, and he talks between and of both topics with exceptional fluency. Having enthralled the reader with a cricket anecdote from the 1930s, he suddenly transports us to the jazz clubs those same cricketers would frequent, writing of their musical talents and tales in great detail. His ability to slide easily between cricket and jazz makes a strong argument for the marriage of the two. Along with a lively chronicle of the links, history and anecdotes of jazz and cricket, he provides us with an extensive appendix full of cricket statistics which true aficionados should love.

Thorough research, deep knowledge and clear fondness for both jazz and cricket radiate throughout this book. It is definitely not one to be missed, whether you are a jazz-lover, a cricket-lover or (more likely than I thought) both!

Steve Voce - 07 February 2020
Most people will have the main music on this album, but anyone who hasn’t is urged to buy it. Despite its deceptive jam-session appearance, the session that produced Walkin’...