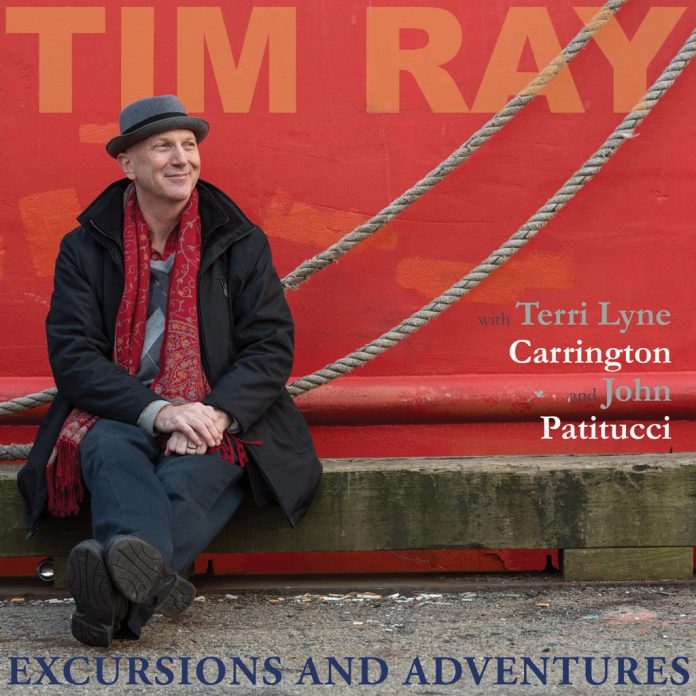 It’s tempting to dream up jazz super-groups consisting of musicians who have won plaudits in other places. Drummer Terri Lyne Carrington has performed with Wayne Shorter and Gerri Allen, bassist John Patitucci with Shorter and Chick Corea. Pianist Tim Ray has spent a lot of time accompanying singers Lyle Lovett and Jane Siberry and is best known on jazz’s fringes as the music director and pianist for Tony Bennett. Lovett and Siberry sometimes nod in jazz’s direction but are not exclusively jazz singers in the same way that Bennett isn’t. But it’s Ray whose presence makes the association with Carrington and Patitucci a trio success.

He’s a professor of piano at Boston’s Berklee College and few musical challenges faze him. When listeners learn that a jazz musician’s an academic before they’ve heard the music, an air of self-fulfilling prophecy can settle. Carrington and Patitucci are Berklee staffers too. But in Ray’s case, academe’s gain is our loss. He plays on this album as though giving a series of master classes, especially when performing covers and transforming them into jazz specialities. He’s an all-action, loose-limbed pianist, fully exploiting the keyboard, steeping embroidered melodies in harmonic richness and generally doing what one would expect a road-hardened accompanist to do in terms of filling space.

In the trio context, he uses all that experience to lead with authority, bringing out some of the best in his two colleagues. Maria is a ballad that wants to be on the move (Ray adds a lovely postlude flourish). Paint It Black’s theme is stated by the pianist in a way that seems like an open invitation to metamorphose, and Patitucci’s electric bass – he plays acoustic on the album as well – and Carrington’s quietly febrile drumming respond. Billy Preston’s Nothing From Nothing begins as soulful as the original but is headed in a more interesting direction.

The high calibre of Carrington and Patitucci comes across especially in their solos. Examples are the bass feature on a re-metred version of Yours Is My Heart Alone and the acoustic one overlain with electric on Carrington’s Samsara, a tribute to Shorter in its Sanskrit re-currency; and Carrington’s gorgeously subtle drumming on Geri Allen’s Unconditional Love. There’s terrific energy and engagement everywhere, not least when Thelonious Monk is deconstructed on Trinkle Tinkle and Ray shows how mastering a Monk head needn’t lead to any diminution of interest in how it might be developed. The drum-bass groove and piano commentaries on Patitucci’s Messiaen’s Gumbo is New Orleans-meets-French modal and the track is one of several where a full-on trio sound is achieved. Ray supplies a couple of originals that further galvanise it.

Gareth Thomas - 18 April 2019
The glory in the jazz ensemble is often handed to the trumpet and the saxophone, and the tuba doesn’t get a lot of attention. But Theon Cross has –...

Jazz Journal - 30 November 2020
Not before time, the reissue bandwagon has trundled forward into the 1970s, and one of the welcome results is the first of a two-volume retrospective on the legendary Brecker...