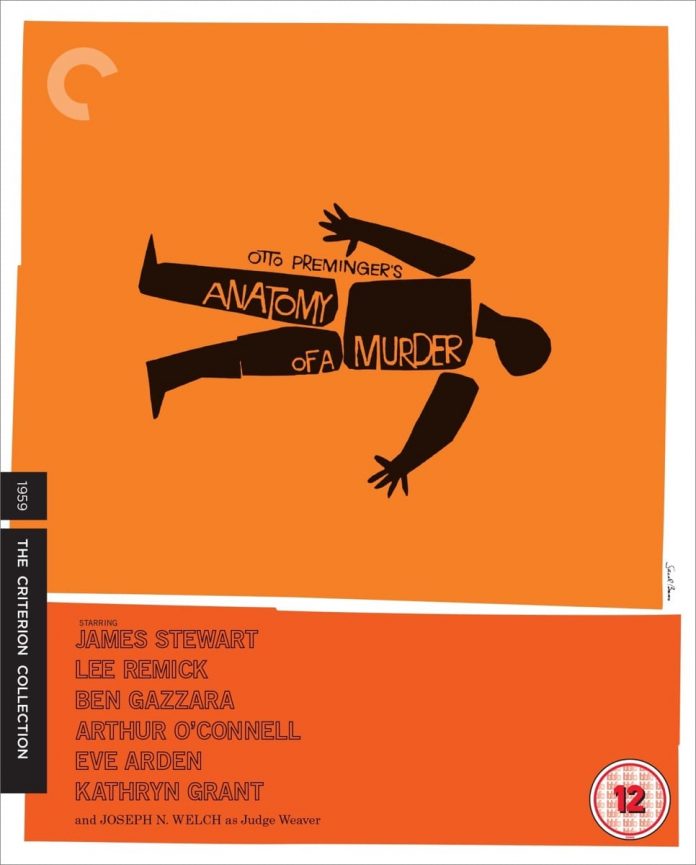 This is a completely new digital restoration for Blu-Ray disc with a new 5.1 digital DTS soundtrack. There are plenty of extras on offer, including - a bonus for jazz enthusiasts - an exploration of Duke’s score for the film by critic Gary Giddins

This 1959 movie by director Otto Preminger offered two innovations. It was the first time a jazz score had been used exclusively throughout a dramatic production and it was also a first in using a real-life judge in the extended, taut courtroom scenes.

The basic plot concerns country lawyer James Stewart defending an army officer who killed a man but claimed the officer had raped his wife. It caused quite a stir in 1959 when it was banned for a time in Chicago for mentioning things never heard in a movie before like rape, sexual climax, contraceptive and spermatogenesis. Preminger managed to get the ban overturned eventually and the film was a great success worldwide.

Duke Ellington’s score is evocative and used extensively throughout the first 70 minutes of this 160-minute production. From the opening credits onwards, the music plays a significant part in setting the scenes and making sense of the characters. It highlights much of the action and changes mood swiftly to key in with the antics on screen. There is even a short bar-room scene where Duke is seen playing piano and Stewart, the jazz-loving lawyer, is sharing his piano stool. The scene shows several of the Ellington sidemen playing, including Paul Gonsalves, Cat Anderson, Jimmy Woode and the drummer on this occasion, James Johnson.

The taut courtroom scenes have no background music, just the voices of the battling lawyers, Stewart, George C. Scott and Joseph N Welch as the judge. For the final credits the music returns, and the last notes heard are Cat Anderson’s trumpet, up in the stratosphere.

This is a completely new digital restoration for Blu-Ray disc with a new 5.1 digital DTS soundtrack, although as the original movie was recorded in mono that would appear to be somewhat superfluous. There are plenty of extras on offer though, including – a bonus for jazz enthusiasts – an exploration of Duke’s score for the film by critic Gary Giddins.

Previous articleStill Clinging To The Wreckage 08/20
Next articleOrnette Coleman: The Territory And The Adventure

Since her debut album Sunrise (2005), Kathleen Grace has mixed jazz, blues, folk, country, pop and show tunes, drawing on such diverse artists as...

This appeared on American RCA almost 20 years ago and scarcely anyone except Gunther Schuller and me took any notice. Not that this stopped...